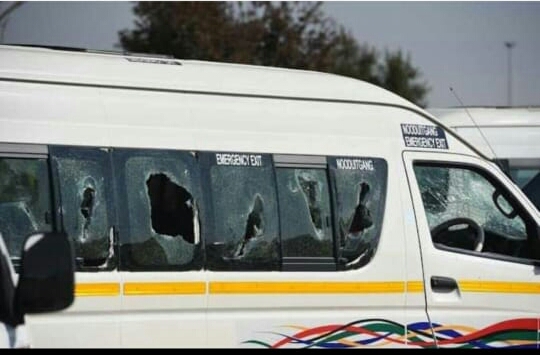 Extra buses will operate between Bellville and Mbekweni in Paarl during the two months minibus taxis are banned from the route, the Western Cape transport MEC said on Saturday.

Daylin Mitchell said he took the “extraordinary step” of closing the taxi route from Monday in an attempt to stop violence between rival taxi associations that has left 24 people dead and 29 injured.

In addition to closing the route, Mitchell has ordered a two-month shutdown at two taxi ranks in Mbekweni, some loading lanes and the long-distance facility at Bellville public transport interchange, the Paint City rank and an informal rank in Bellville.

This follows the failure of what he called “concerted multi-stakeholder attempts to resolve the conflict” between the Paarl Alliance Taxi Association, which is affiliated to the Congress of Democratic Taxi Associations (Codeta), and the Boland branch of the Cape Amalgamated Taxi Association (Cata).

“The department of transport and public works has put a significant amount of time, money and personnel into trying to resolve the conflict with the participation of Cata, Codeta, the SA National Taxi Council, the City of Cape Town and the SA Police Service, but these have not succeeded,” said Mitchell.

“The arbitration of this dispute is currently set down for July 26-29.

“The current violence on the [Bellville-Mbekweni] route between operators affiliated to Cata and Codeta poses very serious threats to the safety of passengers, residents and other persons entering areas affected by the conflict.

“The closure of these routes and ranks is expected to bring stability to the public transport environment in affected areas and to support the process of achieving a lasting peace.”