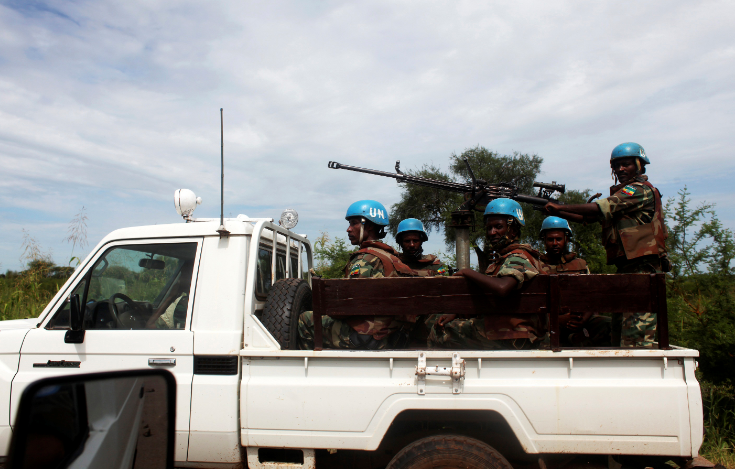 Thirty-five Ethiopian peacekeeping soldiers were flown from Darfur in western Sudan to a refugee camp near the border with their country after they sought asylum in Sudan, a source at the Sudanese refugees commission and state media said.

The troops are among a group of 120 Ethiopian peacekeepers from a joint African Union-United Nations mission that is withdrawing from Sudan's Darfur region, who sought international protection this month before they were due to be repatriated.

A UN spokesman said most were from the Tigray region, where fighting erupted in November between Ethiopian federal forces and the Tigray People's Liberation Front (TPLF).

Ethiopia's military spokesman did not respond to a request for comment about the peacekeepers.

The 35 soldiers were transported in a United Nations plane on Sunday from El Fasher in North Darfur state to the eastern city of Kassala, before being moved by road to Um Gargour refugee camp near the border with Ethiopia, the source told Reuters.

Another 33 soldiers were due to be moved from Darfur to Kassala on Monday, he added.

Sudan's state news agency SUNA said the 120 Ethiopians who applied for asylum were being moved to eastern refugee camps in four groups, adding that they include 14 women.

Fighting between the federal government in Addis Ababa and forces in the northern Tigray region broke out in November and is believed to have killed thousands of people while displacing more than a million.

On Feb. 22, 15 Tigrayan peacekeepers serving in a United Nations mission in South Sudan refused to board a flight to Ethiopia when their unit's rotation ended and requested asylum in South Sudan, according to the UN.