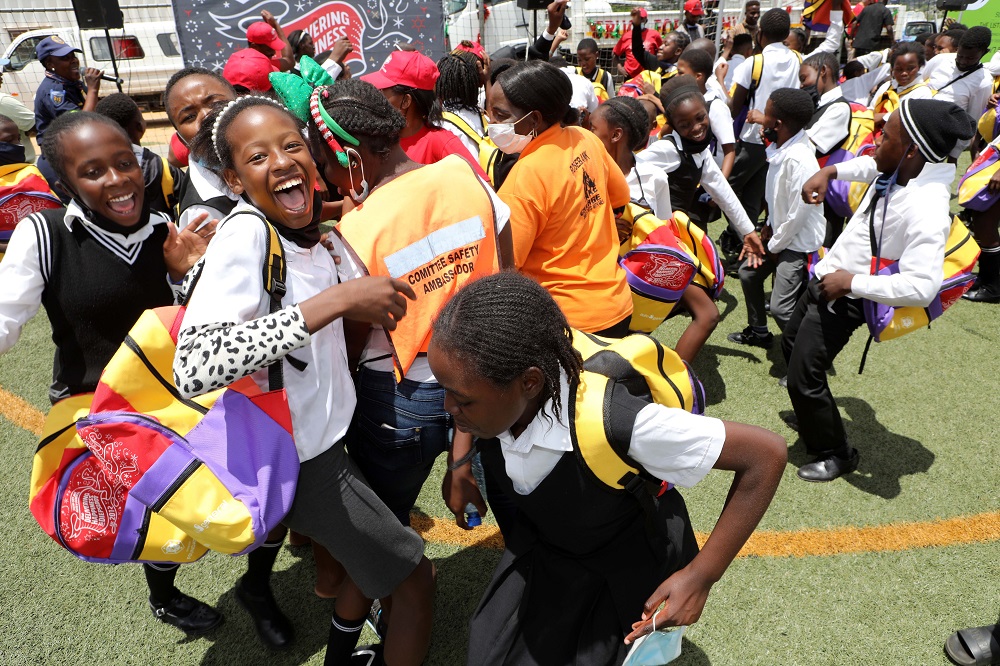 The Steyn City Foundation celebrated its tenth anniversary by handing over more than 12,500 school bags filled with stationery and goodies to children in Diepsloot on Wednesday.

The handover forms part of the foundation's “Delivering Happiness to Diepsloot” initiative.

“Many of our employees live in Diepsloot, so the gifts we give their children through the initiative  is our way of saying thank you for their hard work,” said Steyn City Properties CEO Giuseppe Plumari.

He said pupils in grades 1-3 received flip files, colouring books and crayons, while those in higher grades received maths instruments and calculators. Plumari said pupils would also received food packages to be shared with their families over Christmas after a donation of R4m by Auto & General Insurance.