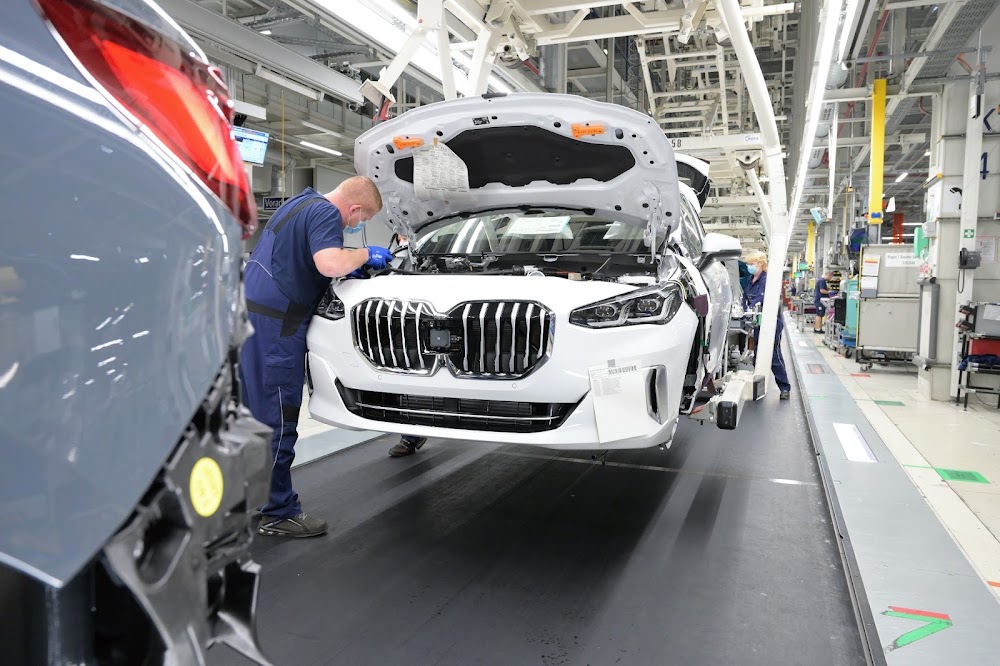 Whether buying computer chips directly from manufacturers, reconfiguring cars or producing them with parts missing, automakers are having to get creative to cope with the global shortage of semiconductors.

The shortage, due to supply problems and a surge in demand for consumer electricals during the pandemic, has hit the auto industry hard, with millions of vehicles worldwide not being produced because important parts are missing.

With the problem lasting longer than initially expected, manufacturers including Daimler and Volkswagen have had to rethink production strategies.

Car manufacturers usually buy parts from major suppliers such as Bosch and Continental, which in turn buy from suppliers further down the chain.

In some cases that has led to a lack of transparency, said Ondrej Burkacky, a senior partner at McKinsey.

"There was the fallacy of thinking you had a choice between two suppliers, but the truth is they both had the chips made in the same foundry," he said.

That is changing, according to Daimler purchasing manager Markus Schäfer.

The German maker of Mercedes-Benz cars has set up a direct line of communication with all chip suppliers, including wafer producers in Taiwan, he said at the IAA auto show in September.

Volkswagen boss Herbert Diess speaks of "strategic partnerships" his company has entered into with manufacturers in Asia.

Chip suppliers need to be treated differently given their strategic importance to the industry, said Stefan Bratzel from the Centre for Automotive Management.

"You have seen the problems that arise when you treat chip companies like other suppliers and stop the calls," he said.

McKinsey's Burkacky said carmakers should consider direct investments in production, or longer contracts with terms of more than 18 months.

"Not much of that has been implemented yet," he said.

In the meantime, vehicle developers are doing their part to help manufacturers manage the supply crunch.

"If we change the software, we can use fewer semiconductors and achieve the same functionality," she said.

"That sometimes takes a long lead time because the regulatory authorities intervene, but there are areas where you can change something quickly."

Daimler relies on new designs for control units. Rather than using one specific chip, these are designed to work with an alternative that can be used in the event of delivery problems, the company's head of purchasing Schäfer said.

Tesla is considered the model for this.

The company reprogrammed software within three months so other less scarce chips could be used, enabling the US electric carmaker to weather the crisis better than many others.

General Motors has said it will work with chip manufacturers like Qualcomm, STM and Infineon to develop microcontrollers that combine several functions previously controlled by individual chips.

"We are trying to create an ecosystem that is more resilient, more expandable and always available," a company spokesperson said.

Some carmakers are stockpiling, or what BMW calls "hole shoring."

The whole car is built except for a missing part, and can then be completed relatively easily when it shows up.

Other automakers are also using this strategy. Sometimes vehicles are delivered without certain functions controlled by chips.

That strategy is slowly reaching its limits. Volkswagen recently had to temporarily stop production of electric cars in its Zwickau plant in Germany.

How well these coping strategies work is not yet clear.

"The bill will be presented in mid or late 2022, when you can see who came out of the crisis well and who did not," said McKinsey's Burkacky.