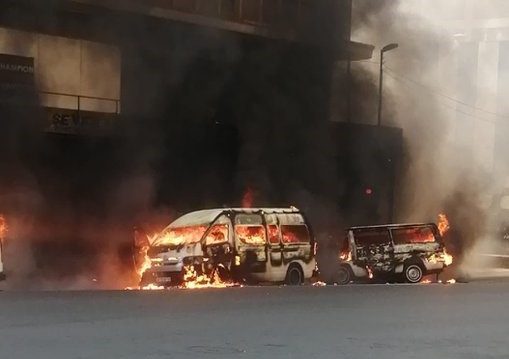 Several taxis were set on fire in the Johannesburg CBD on Saturday in an incident believed to be related to conflict in the industry.

“At this moment we can't confirm the total number of taxis that were burned or any injuries, if there are any,” he said.

Fihla said JMPD officers were at the scene.