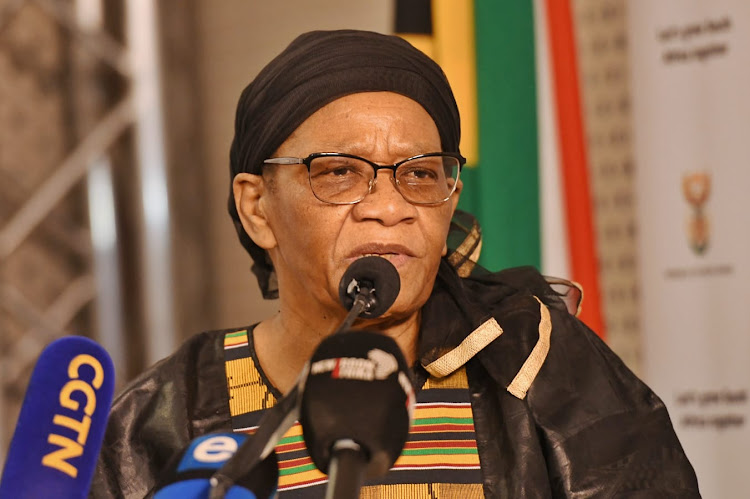 Defence minister Thandi Modise, her deputy Thabang Makwetla and minister in the presidency Mondli Gungubele were kept hostage for two hours and 50 minutes in Pretoria on Thursday evening.

They were meeting liberation war veterans at the St George's Hotel to hear complaints ranging from lack of decent housing to the government's failure to provide for their children.

In a statement issued through its spokesperson Carl Niehaus, the MKMVA lambasted the government for what it described as a total over-reaction when the police special task force “used excessive force to resolve a non-existent hostage, and non-violent, situation”.

The organisation said the veterans were unhappy and frustrated when deputy president David Mabuza failed to attend the meeting and sent other members of the national executive instead.

“It was reasonable of them to have refused to engage with these substitutes because deputy president Mabuza is the directly designated person with the duty to address the concerns of military veterans,” said Niehaus.

“It is not correct, and unnecessarily alarmist, to allege that a hostage situation unfolded at the St George's Hotel and Conference Centre. At no stage was there any violence, or threat to the lives of the two ministers and one deputy minister.”

On Thursday, national police spokesperson Brig Vish Naidoo said police “penetrated the room where the hostages were being held”, and no shots were fired.

He confirmed that 56 people were arrested and “they are likely to face charges of at least three counts of kidnapping”.

The MKMVA said it is deeply concerned that 56 military veterans were arrested, adding that they were mostly elderly and included three women.

“It is even more disconcerting that stun grenades were used in the raid on the meeting venue, and that some of those who have been arrested sustained injuries.”

The MKMVA said the government seemed to be ignoring the frustrations of military veterans, which centred on the “dysfunctional” government department that was supposed to have their welfare at heart.

“Among the other demands of military veterans, this critical issue must be fast-tracked and the outstanding school fees must be paid. The wellbeing and education of our children must never be endangered by mismanagement.”