'We will never act in a partial manner,' says IEC as it faces scrutiny 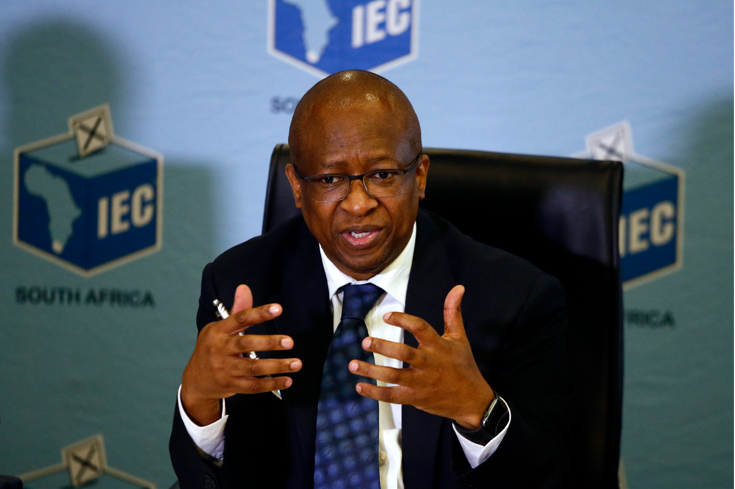 The IEC welcomed the Constitutional Court judgment in its favour on Monday, declaring the reopening of local government election candidates registration as lawful.

The commission says it hopes the ruling will guide the process leading to November 1, the officially gazetted date for the local polls.

The top court on Monday dismissed the DA’s bid to declare the reopening of the registration process as unlawful, unconstitutional and invalid. This as the decision gave the ANC a desperately needed lifeline after failing to register its candidates on time, citing technical glitches.

The EFF and the IFP joined the DA’s application after declaring the move as an unfair advantage for the ruling party, which had admitted in subsequently withdrawn court papers that a failure to reopen the registration process would leave it severely hamstrung.

The three opposition parties were unhappy with the court's decision, and have vowed to keep close eyes on the IEC.

The DA’s John Steenhuisen said they would watch the commission like hawks in a bid to ensure that elections are free and fair, while the IFP’s Narend Singh said the party was not entirely happy with the outcome but would respect the rule of law nonetheless.

IEC vice-chairperson Janet Love said the court's decision provided much-needed clarity, and that it was within the parameters of the law.

“I can only reiterate that from the perspective of the commission, we are very clear that we cannot and will not act in a partial manner. We have done this in the interest of inclusivity and that is to let the voters, who are ultimately stakeholders in an electoral process, to determine the future of the local areas,” she said.

IEC CEO Sy Mamabolo echoed similar sentiments, saying the commission would continue to discharge its responsibilities, with any decisions rooted in the constitution.

“The Constitutional Court held that the act of amending the timetable is not impeachable. In this regard, the commission acted lawfully within the parameters of its empowering statutory provisions. Furthermore, the court held that on the papers before it, the impartiality of the commission could not be impugned,” he said.

Outcomes of the registration weekend

Meanwhile, the commission said that more than 1.7-million voters either registered or changed their details on the roll during the special two-day registration weekend which took place on Saturday and Sunday.

Of these, the number of people registering for the first time was 433,198, or around 25% of the total registration activity. Voters who were re-registering in same or changed voting districts accounted for 1,277,811 applications.

“This is indicative that the message calling on voters to update their details to accord with political boundaries in which they are resident continues to resonate,” said Mamabolo.

The province with the highest registration activity was KwaZulu-Natal, with 358,384 additions or amendments, followed by Gauteng (315,282) and the Eastern Cape (240,514).

“This legal act formally institutes the election phase in the reconstitution of municipal councils within the local sphere of government. The ministerial proclamation has made it possible for the commission to publish an amended election timetable,” he said.

Young people in the age category of 16-29 accounted for 402,401 of the new registrations (91%). The commission said the weekend's registration effort elicited a good response from this group.

“We’re happy that we have been able to realise these figures and we’re even happier because 91% of new registrations are people under 29, so it’s a big improvement, perhaps not enough but we’ve made huge strides,” added Mamabolo.