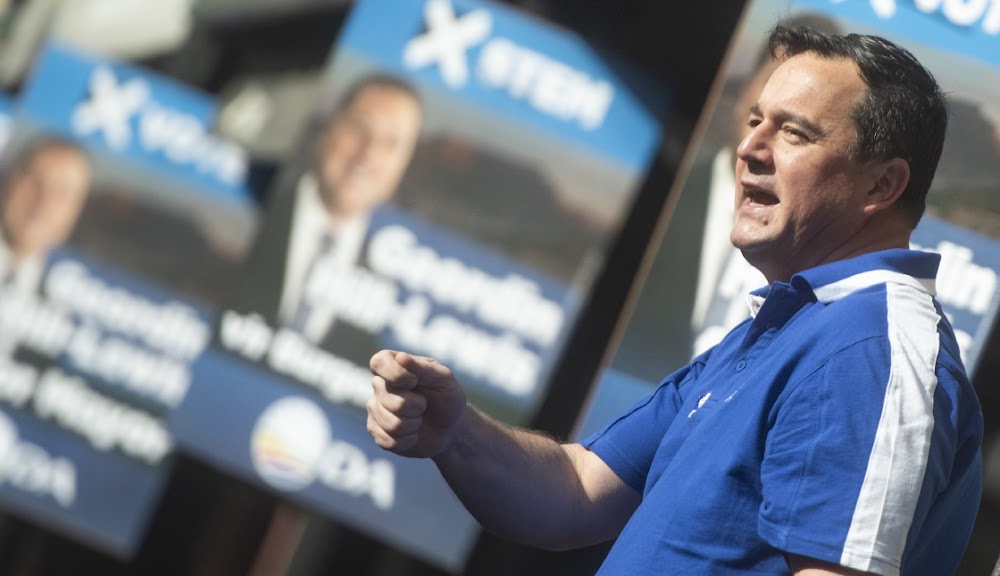 This was the response from the DA, which on Monday said it stood by its stance that the Electoral Commission’s (IEC) decision to reopen the local government candidate registration process was a blatant attempt to save the ANC.

This despite a Constitutional Court ruling on Monday that the IEC’s decision was not unconstitutional, unlawful or invalid, as argued by the DA in its application. The ANC missed the initial deadline to register candidates in a number of municipalities, which the ruling party said would have cost it status or official opposition in many councils.

DA leader John Steenhuisen said the party would keep a close eye on the IEC in the upcoming local government elections, which are due to take place on November 1.

The apex court previously ordered that the commission determine if it was possible to hold a voter registration weekend before the polls, which it said must take place between October 27 and November 1.

The IEC determined a voter registration weekend could take place and, as part of this process, reopened the candidate application process, giving the ANC a much-needed lifeline.

The DA, supported by the IFP and EFF, said this gave the ruling party an unfair advantage and it lodged an urgent application to set aside the IEC’s decision.

“We challenged this decision to reopen the candidate nomination because it was our view, and remains our view, that this decision was a blatant attempt by the IEC to provide election favour to the ANC.

“We argued that while a voter registration weekend was essential to a free and fair election, reopening the candidate registration would render the IEC open to allegations of bias to favour the ANC,” said Steenhuisen.

In Monday’s unanimous judgment, decided without an oral hearing, the court said the decision was in line with the law and its refusal not to postpone the elections to next year did not imply the candidate cut-off could not be extended.

It dismissed the application with no order on costs. Reacting to this, Steenhuisen said it confirmed the DA’s application had merit.

“We note that the court did not rule a final conclusion on whether the IEC had an ulterior motive in reopening the process ... But they have left the door open for us to challenge the decision at a later stage should we be able to provide even further evidence of the IEC’s favouring of the ANC.

“We believe that the judgment shows that the DA’s case had merit and we were right to bring the case to the court, and that is reflected in that no cost order was granted against the DA. It’s not the outcome we wanted, but nonetheless we respect the apex court and judgment made therein,” he said.

With less than a day before the IEC closes the candidate nomination process for the municipal polls, the ANC hailed the judgment and said it was ready to register candidates before the 5pm deadline.

“The judgment vindicates the position taken by the ANC that the right of citizens to vote is inextricably linked to their right to stand for public office. It also confirms the correctness of the support given to the IEC’s decision by the ACDP, AIC, Al Jama-ah, COPE, FF Plus, Good, PAC and the UDM.

“The ANC is ready to register all its candidates by the deadline of Tuesday, September 21 2021. Our candidates have been selected through a rigorous, democratic and participatory process involving communities in the choice of who should represent them in local government, the sphere of government closest to the people,” said spokesperson Pule Mabe.

The ANC called on the DA to refrain from attacking the integrity of the judiciary and that of the IEC after its federal chairperson, Helen Zille, accused the party of being tipped off on the initial ConCourt decision.

Zille, however, said “the exact sequence of events has played out as I predicted from the beginning”.

With the polls taking place in just more than six weeks, the DA vowed to monitor the IEC closely to ensure elections are free and fair. .

“We are going to put IEC on notice that we are going to be watching like hawks, simply because we remain of the view that they made this decision to reopen candidate nomination to favour the ANC,” said Steenhuisen.