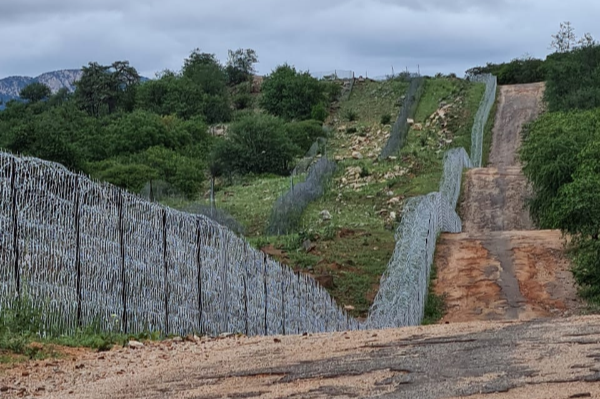 MPs have rebuked the department of public works and infrastructure’s slow pace in bringing to book those who are implicated in wrongdoing involving the procurement of the controversial Beitbridge border fence last year.

Public works and infrastructure minister Patricia de Lille has blamed the lack of progress  in sanctioning offenders on the involvement of many different agencies. These include the Special Investigating Unit (SIU), National Prosecuting Authority (NPA), National Treasury and State Security Agency. She said the matters were subject to legal procedures.

De Lille was leading her department’s appearance before parliament’s finance watchdog Scopa to account for the 40km-long fence built along the border of SA and Zimbabwe  which cost taxpayers R37m.

The controversial 1.8m-tall fence — jokingly referred to as a “washing line” because of its poor quality and the ease with which it can be breached — consists of six rolls of coiled razor wire and a razor wire grid erected over three weeks by Magwa Construction.

An SIU investigation found procurement irregularities and fraud committed by departmental officials and service providers among a litany of irregularities. It also found poor design and construction “compromised the effectiveness of the fence as a deterrent for crossing the SA border with Zimbabwe”.

A number of department officials were identified as having been involved in the financial mismanagement and misrepresentations in the project.

Scopa heard on Tuesday there had been little movement in dealing with the companies involved and in the internal disciplinary processes against officials fingered in the debacle.

Acting director-general Imtiaz Fazel said the SIU was responsible for driving legal action against the implicated companies and the process to recover monies already paid to those companies.

The SIU launched an application to freeze the service providers’ bank accounts in September last year.

It also instituted legal action with the special tribunal against both companies, the contractor Magwa Construction and principal agent ProfTeam CC, in November, seeking in the main a declaration of invalidity of the contracts between the department and the two companies.

Here we are seated with a foreign species in the department called consequence management.

The application was opposed and the matter was enrolled to argue jurisdiction. This was heard in January in the special tribunal where the tribunal dismissed the respondents’ points.

Fazel said the contractors have since approached the SIU and requested the parties consider an out-of-court settlement.

“However, we have not had any further developments in this regard,” he said.

The SIU will now apply for a formal case management meeting with a judge of the special tribunal, he said.

“No criminal case has been registered to date and a prosecutor and investigating officer will be appointed,” he said.

Fazel said they had also requested the Treasury to restrict the two companies from doing business with government, as recommended by Scopa.

In the department, disciplinary hearings against senior officials are also moving at a slow pace as some officials have gone to court to challenge the process.

Scopa chairperson Mkhuleko Hlengwa described the lack of consequences as a disgrace.

“This is a black mark of epic proportion on the department. The Beitbridge debacle, at this point in time, exists as one of the gravest indictments on the personal protective equipment-related procurement and Covid-19 rules. It’s a disgrace,” he said.