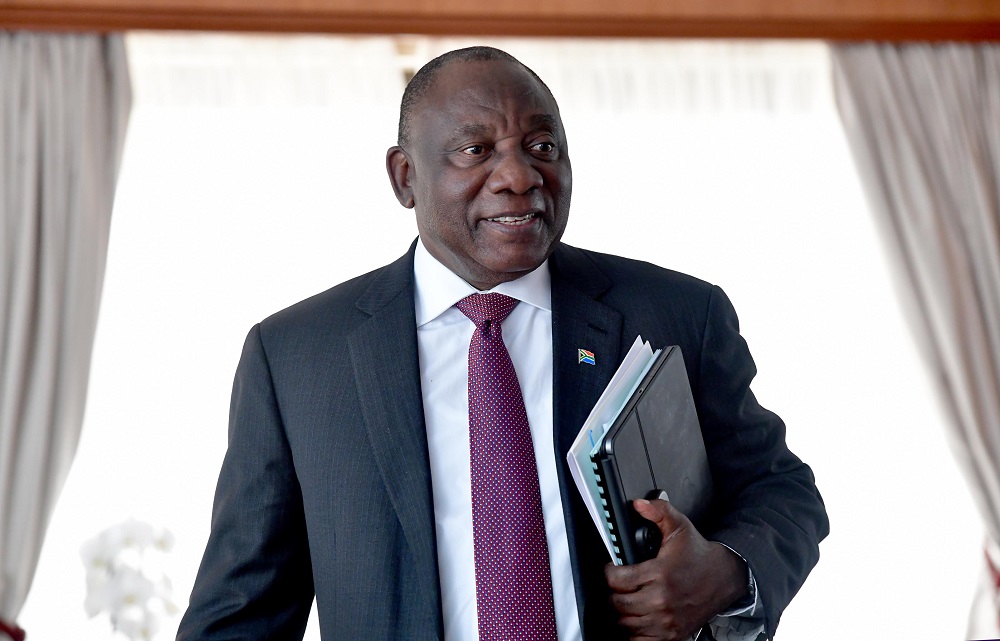 President Cyril Ramaphosa has reiterated the need for SA to prioritise the reduction of emission of greenhouse gases in the global fight against climate change.

This because of the devastating impact climate change has on lives and livelihoods, he said on Monday.

In his weekly newsletter, Ramaphosa made reference to the prolonged drought in parts of the Eastern, Northern and Western Cape, which have wreaked havoc.

“It caused water shortages and widespread crop failure and negatively affected both commercial and subsistence farming,” he wrote.

“This in turn had a national impact. It drove up food prices, particularly of basic staples such as maize meal, contributing to food insecurity in poor households. It affected the broader economy as the yield of key agricultural exports declined.”

SA is already vulnerable because of being a water scarce country, he said. “Understanding this cascading effect is vital. Climate change doesn’t just affect weather patterns. It affects nearly every aspect of our lives, from the food we eat to the water we drink to where we live. It affects human health, economic activity, human settlement and migration.

“Climate change does not respect borders. It is a global problem which requires global solutions.”

Among other global responses to climate change, Ramaphosa pointed to slowing the rate of global warming by significantly reducing the emission of greenhouse gases, taking steps to respond to the effects of global warming and mobilising resources to support the efforts of developing countries in particular to adapt to climate change and move towards cleaner forms of energy.

Unless we act with urgency, we could find our developmental gains being reversed and our ability to overcome poverty, joblessness and inequality severely constrained.

“This is important because developing countries are most vulnerable to the effects of climate change despite historically being the lowest emitters of greenhouse gases.

“Unless we act with urgency, we could find our developmental gains being reversed and our ability to overcome poverty, joblessness and inequality severely constrained.”

Ramaphosa expressed the sentiments a week after attending a climate summit convened by US President Joe Biden in the run-up to the next international climate conference taking place in Glasgow, Scotland, in November.

“The time for greater climate action is now. We have to reduce our emissions. We have to adapt and build resilience for our communities and for our economy. It is only by working together to find solutions and by raising the level of our ambition that we can reduce the impact of climate change on our country.

“As we prepare our country to withstand the impact of the next devastating drought, we must also take the ambitious actions needed to reduce the possibility of even worse droughts and even worse climate disasters into the future.”