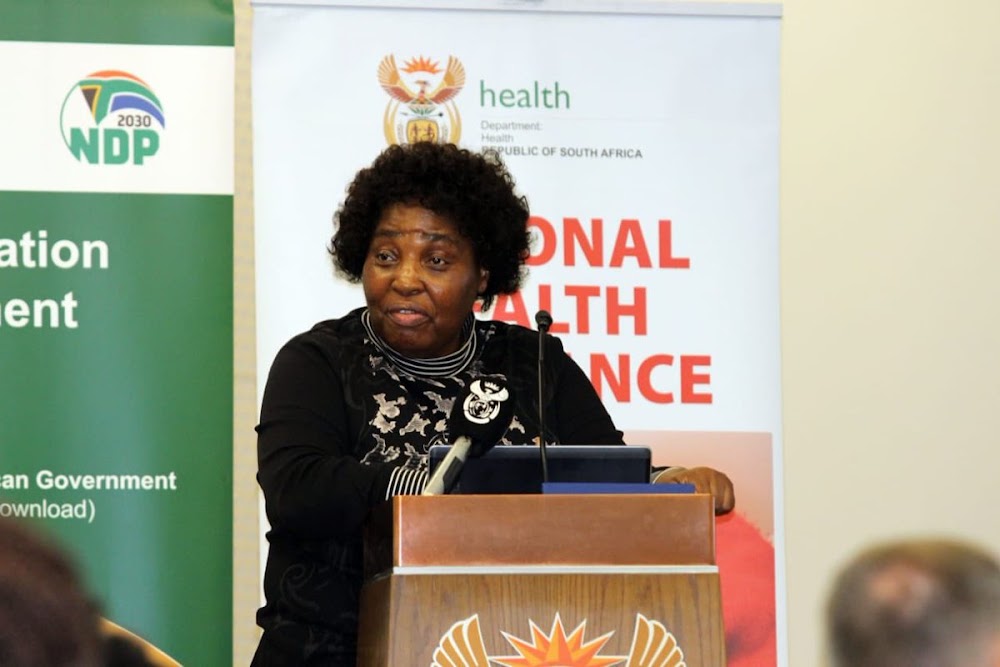 Department of health technical adviser Dr Aquina Thulare has told parliament that 362 diplomats stationed in Africa will be considered for priority single dose Covid-19 vaccinations to ensure their speedy return to their diplomatic missions.

Updating the portfolio committee on health about the Johnson & Johnson (J&J) vaccine clinical trials, vaccine procurement and progress on the vaccination roll-out programme, Thulare said the diplomats would be expected to register on the electronic vaccine system, like every South African is required to, to get the jabs.

Thulare said: “It is important we identify our diplomats stationed especially in countries where the vaccine might not be easily available. There needs to be a dispensation created for them to come into the country to received the vaccine as quickly as possible.

“We will ensure that if they happen to be in the country, they will be vaccinated. What we are proposing is that diplomats stationed in countries where the vaccine is not easily available receive the single dose vaccine so they do not wait longer. Then they can go back to their stations.”

In terms of diplomatic missions in SA, Thulare said those with citizenship or residency in the country will be vaccinated.

“Foreign diplomats will be treated like citizens and inoculated within the phases that have been identified. We have about 362 South Africans stationed around the African continent and between 12,000 and 15,000 foreign diplomats accredited to live in the country.”

On the procurement of vaccines, Thulare said government considered issues such as safety, efficacy, ease of use, scheduling single dose versus multi dose, stability during storage and distribution, supply, the cost of the vaccine and approval from the SA Health Products Regulatory Association (Sahpra) among others.

“Based on the advice we received from the ministerial advisory committee, J&J, Pfizer and Moderna have been identified as suitable vaccines at this moment looking at all the factors and variables that are in existence.”

On negotiations taking place beyond the vaccines that were recommended, Thulare told parliament the government was in talks with Russia on the Sputnik vaccine and with China for the Sinovac and Sinopharm vaccines.

“We have indicated how many of the suppliers are present in the country and where we are in terms of approval processes with Sahpra.

“There is a company called Numolux which has the rights to distribute Sinovac. Sputnik has several organisations I will not name and Sinopharm has signed a non-disclosure agreement and have requested that once feedback has been received through Sahpra, then we can engage further with the discussions.”

On the approval processes, Thulare said the J&J vaccine was “almost” approved.

“There were four stages Sahpra had requested for considering the application and we are now at stage four of approval for full market authorisation.”

In terms of the Pfizer-Biotech vaccine, she said submission of the application was made on January 8 and they have applied for a section 21 and full market registration. This is being finalised by Sahpra.

“For the Sputnik vaccine, data has been submitted for assessment by Sahpra.

“Sahpra is reviewing manufacturing processes by Gamaleya Research Institute of Epidemiology and Microbiology and associated entities. ”

Once information on clinical and none clinical has been received and assessed, the government will be in a position to know where it stands in relation to the Sputnik vaccine.

The situation with the Sinovac vaccine is similar, with government waiting for information for the section 21 application and full market authorisation.

On the AstraZeneca vaccine which government sold to AU countries because it was found to be less effective against the latest variant in SA, Thulare said  almost all the doses had been distributed to countries that indicated their willingness to use the vaccine.

“ Only a few doses are left and they will be distributed before April 1 2021. There are around 39,000 doses remaining in the country.”

In terms of the vaccine rollout phases, government has identified three phases which include phase one for the vaccination of healthcare workers.

“We have divided phase two, which is the phase in which we are going to vaccinate those over 60, and this will include workers and the general population. The dates are from May 17 to July 31.”

Part B of phase two will be from August to end-October.

“We are expecting to vaccinate more than 12 million people in the population, targeting those who are above 40 years of age, including workers, people in congregate settings, the general population and community streams that we have identified.

In total the government expects to vaccinate around 41 million people.

More than 200,000 healthcare workers have been vaccinated through the Sisonke programme, she said.

The key strategy of the rollout is age-based to ensure those who are most vulnerable are prioritised.

The department said it will also work with Gems Medical Aid for the vaccination of public servants.

The government is planning on focusing on phase 1B, which is the post-Sisonke phase, before May 1.