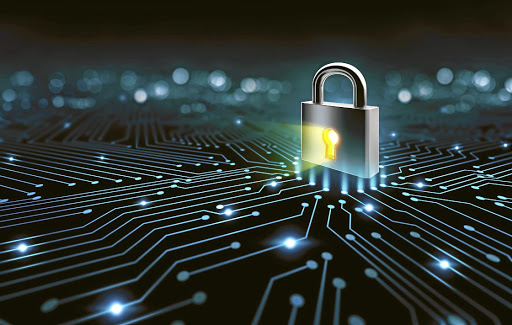 From July 1, people who have filed a complaint in terms of the Protection of Personal Information Act will finally get redress, the Information Regulator of SA told the National Assembly on Tuesday.

“We have been taking a proactive stance for the past three years in terms of handling complaints. Once complaints start coming in from July 1, they will be adjudicated.  Once they are adjudicated and a responsible party is deemed to have contravened the POPIA in any way, necessary sanctions will be effected. Obviously, those will be on a case-by-case basis,” explained Prof Sizwe Snail, a representative from the regulator.

The organisation appeared before the portfolio committee on justice and correctional services on Tuesday to present its budget as well as to address other issues, including filling vacancies and the independence of the organisation.

In a statement in June 2020, the presidency said the POPIA gives effect to section 14 of the constitution which seeks to promote the protection of personal information by public or private bodies and the access to information.

The act has been put into operation incrementally, with a number of sections of the act having been implemented in April 2014. Some of the sections related to the establishment of the information regulator, whose members took office on December 1 2016.

Chair of the regulator Pansy Tlakula said filling vacancies had been difficult as the organisation required highly skilled individuals.

She explained that acting CEO Mosalanyana Mosala, who joined the organisation in 2017, was back after the resignation of Mark Thibela in November last year.

The regulator told parliament that last year it received funding to fill positions and it prioritised 19 positions, which were filled by the end of the financial year. In the same year, three positions became vacant and they are being filled.

In the current financial year the regulator prioritised filling 43 positions and the posts have been advertised. The regulator said it was difficult to attract people with scarce skills so it had engaged recruitment agencies and headhunted prospective candidates.

Tlakula admitted the regulator was having challenges finding suitable candidates.

“We had recruited someone as an executive for POPIA and he resigned. When we did the exit interview with him, the executive, who was a magistrate, felt that he wanted to go back because the task was too complex for him — and our recruitment shows that as well.”

Tlakula said the position has been advertised on three occasions with no luck.

“To just get people who are skilled in that area who are in private practice is difficult. They are doing so well that they will never leave their practices to come to the regulator when the money is not that attractive. The 1st of July is coming and their practices will concentrate on this area of work. I think this compounds the problem as well.”

On the budget, Tlakula thanked the National Treasury for increasing the organisation’s budget by 90%.

“Our communication with the minister of finance (Tito Mboweni) and the National Treasury officials bore fruit. Of course the budget is not sufficient but we appreciate the fact that we were given an increase when most of the entities in government are seeing  their budgets being cut.”

Tlakula told MPs that the regulator was working on its independence as it now operates under the department of justice.

“We still dependent on the systems and policies of the department of justice. We have drafted a separations strategy, which will require a lot of money to implement,” she said.

Elaborating on the budget, CFO Prakash Narismulu told the committee that for the 2021/2022 financial year, the regulator had been allocated an additional R105m over the medium term (three-year framework) for filling vacant positions in the organisational structure of the regulator.

“The compensation of employee budget is specifically and exclusively appropriated to manage this personal establishment within the allocated budget. In the current and the outer years, the major spending focus of the regulator will be on filling the human resource capacity of the regulator as well as improving access to the services of the regulator by digitising and automating processes.”

Narismulu said the budget for the past financial year, which ended in March, was R45.4m, and after making representation to the portfolio committee and to the Treasury, that amount was raised to R87.174m, a year-on-year growth of 92%.

The budget will also be, among other things, be used to educate citizens on the protection of their personal information as well as the development and implementation of the complaints-management system which will allow the public to lodge complaints and address violations of their rights.