No budget cuts and no bailout for SAA: What SA expects from Tito Mboweni's mini-budget 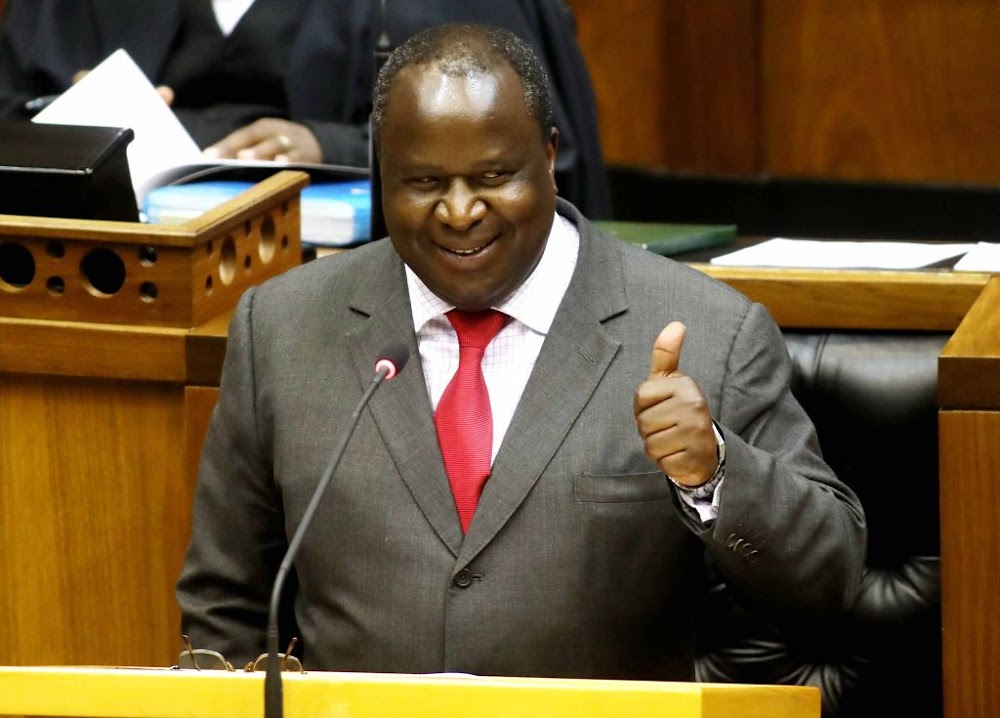 The country is waiting with bated breath for finance minister Tito Mboweni to table his medium-term budget policy statement (MTBPS) in parliament on Wednesday afternoon.

Mboweni is set to table the budget at 2pm, two weeks after President Cyril Ramaphosa detailed the government's economic reconstruction and recovery plan.

He requested to postpone the mini-budget by a week, citing “complex and unusual circumstances” due to the Covid-19 pandemic.

Here is what SA is expecting from Mboweni's mini-budget:

Business Leadership SA (BLSA) CEO Busisiwe Mavuso said its expectations for the MTBPS include a focus on tourism.

“The MTBPS has the potential to support a recovery in business sentiment, leading to a recovery in growth and employment,” said Mavuso.

“However, this is not going to happen without the private sector making a concerted effort to support the state. Business makes a major contribution through the tax revenue it generates, both directly and through the employment it creates.”

The trade union federation said, among other things, it is expecting a solid proposal on how to fix and turn around state-owned enterprises (SOEs).

“The SOEs need to be sorted and fast. We expect a solid and comprehensive plan on how to rationalise and merge them. Many of these entities are dependent on the fiscus and are actually redundant and duplicate each other. Some have no clearly defined roles, not to mention that some  are simply ineffective in implementing their mandates,” said Cosatu.

Cosatu said the MTBPS should address the detrimental issues that stifle economic development, including the vast scale and deepening levels of corruption and wastage within the state.

“What we cannot afford is government policy incoherence, where the National Treasury says one thing while the president says another. The economic recovery plan was extensively engaged upon at Nedlac with social partners. Government and business must move with speed to implement it.”

The trade union federation said it also wants to see a policy statement focused on diversifying and building the productive capacity of the economy.

“To save jobs, the government needs to inject new money into the economy to stimulate it. We expect details on the announced government infrastructure programme.”

“The minister must show a credible path to debt stabilisation, and in the longer term to debt reduction. He should commit himself to a formal legislated debt ceiling, ideally by supporting the DA’s Fiscal Responsibility Bill,” said Hill-Lewis.

“The minister must protect essential public services from deep budget cuts by focusing cuts on the public wage bill and through a root-and-branch reassessment of government spending.”

Hill-Lewis said there has been little meaningful progress on economic reform, national debt continues to mushroom and SAA was set to receive another R10.5bn bailout.

“The minister must hold the line on bailouts to failing state entities, and should refuse any further bailout of SAA.

“The SAA bailout is why this budget is ultimately bound to disappoint. It represents the failure of the ANC to make the choice to move away from state ambition to giving power to the people,” he said

“More than R65bn in public money has been given to SAA since 1999, without anything to show for it. The latest request for R10.5bn to 'restructure' the company will push the assistance given to SAA over the R75bn mark.”

The education rights activist group said Mboweni should do away with budget cuts and reverse cuts made to basic education earlier this year.

“These cuts continue a trend of deprioritising basic education, and the consequence is that the right of learners to basic education is compromised,” it said.

According to Equal Education, the cuts result in school projects funded through the Education Infrastructure Grant (EIG) being stopped or delayed.

“Our schools have been forced to use their already overstretched budgets to provide Covid-19 necessities, which means they are unable to maintain infrastructure and are unable to buy school furniture and textbooks.