GMA to develop electric vans and SUVs for carmakers, start-ups

Metro to officially object to minister over Gqeberha, Kariega names 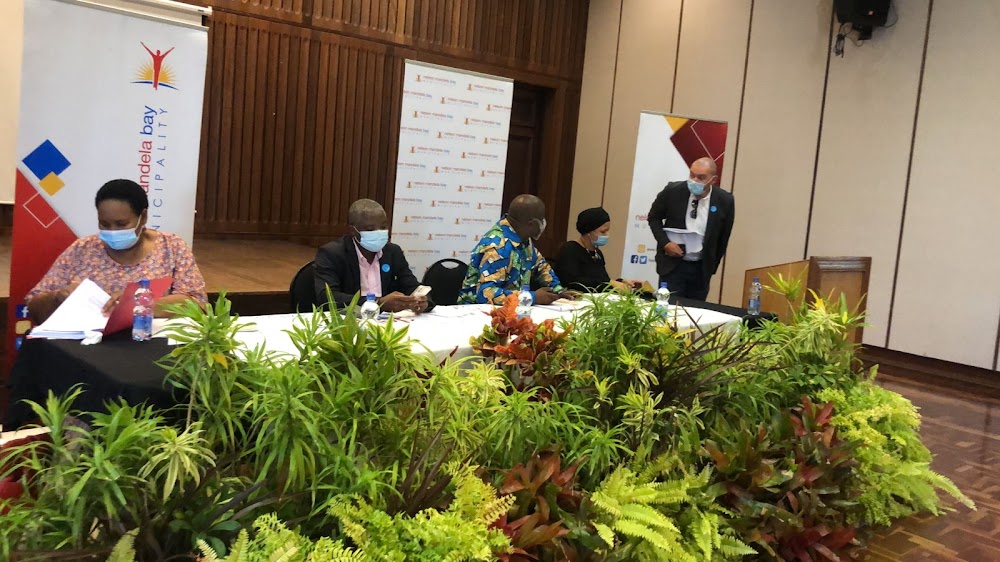 The Nelson Mandela Bay municipality will make a formal submission to arts and culture minister Nathi Mthethwa on Tuesday objecting to the names Gqeberha and Kariega.

Mayor Nqaba Bhanga hosted a meeting at City Hall on Monday evening with various stakeholders and called for the process to be reopened.

There have been more than 66,000 complaints from Nelson Mandela Bay residents and Bhanga said that reactions were diverse and did not reflect the views of any particular race.

Political commentator Prof Mcebisi Ndletyana said the the naming process was inadequate in that those who attended the public participation meetings could not be considered as representatives of their communities.

Ndletyana said of the eight public participation meetings held, 393 people had attended in a population of more than 1.4 million.

“That on its own is not representative and this point was raised at the actual meetings when they were held by people who attended.

A total of 70 people attended the public participation meetings in Kariega.

“So there is an issue of representation and the reason for this is the geographical name council complied with the most minimal procedures in organising the event.

“The fact that you had such minuscule attendance testifies to the inadequacy of the mobilisation process leading towards the event.”

Ndletyana said the council had gone ahead with the process based on minimal procedures of compliance over the integrity and credibility of the outcome.

“So the question is why not if you are spelling it, spell it in the original Khoi and San alphabets if you call them that?” he asked.

He said the intention of name changes was not to trigger controversy but rather to foster social cohesion.

“It doesn’t make sense to insist on a name of which you cannot draw any definite conclusion about its meaning.

“And those claiming to affirm that it’s a Xhosa name do not know its origin or meaning of this name.

“So it is self-contradictory, you are not achieving social cohesion but creating a wedge so that’s another contradiction that sparks a complaint,” Ndletyana said.

Another issue revolved around the brand of the city, with the name Nelson Mandela City coming up in conversations as a better choice, dating back to 2007 before preparations for the Fifa World Cup 2010.

“[The metro] thought about how best to market the city and they decided against using Port Elizabeth because Port Elizabeth is not necessarily the best brand.

He said the metro wanted to market the city at the time as Nelson Mandela City but could not do that because they had not gone through the public process of renaming.

“So the city already has a brand on Nelson Mandela. If you impose a different name on that you are then diluting an already existing brand,” he said.

Ndletyana said the submission was not objecting to the process of renaming the city, while there was wide support for name changes because it was recognised as a measure to address injuries of the past.

He said the objections to the minister were based on the impact it was likely to have on creating divisions in a city that had been working hard to build unity.

Part of that unity could be seen in how people had generally embraced the renaming of the airport to Chief Dawid Stuurman International Airport, he said.

Sports, arts and culture executive director Noxolo Nqwazi said most people were saying that while they agreed with name changes they were unhappy with Gqeberha.

Nqwazi said the outcry on social media and formal letters received by the metro had been overwhelming.

DA's Van Damme opens up on her trauma, battle with party after racist attack

Ramaphosa condemns threats against Duarte for carrying out ANC instructions

Will Magashule apologise to Ramaphosa for suspension letter?

WATCH: Ramaphosa: I'm not before the Zondo Commission to make excuses

MCEBO DLAMINI: Demystifying the myth that blacks are lazy and do not think

Orlando Pirates disturbingly lacklustre and lucky to draw against Stellenbosch

Kendall Jenner Opens Up About Her Anxiety