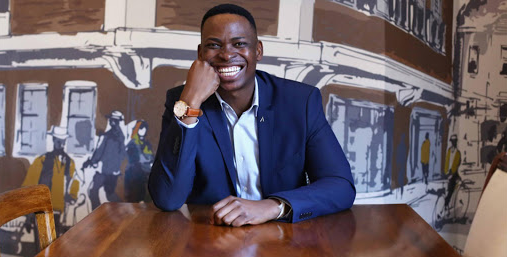 Baloyi is leaving the municipality as its first citizen after serving two terms under the DA government. He will be replaced as a candidate in the upcoming local government elections by Peter Teixeira, who launched his manifesto at an event on Saturday.

Speaking at the launch, Steenhuisen said what Baloyi achieved in Midvaal was nothing short of outstanding.

“By being a present and engaged leader, and by living out our DA values in everything you did, you set an example which others found easy to follow. I remember when you took office here as a very young man back in 2013, there were many people who doubted whether you had the necessary life experience for this challenging job.

“Well, I assure you, no-one is doubting you now. Midvaal was fortunate to have you at the helm these past eight years, and you can be proud of the achievements of this municipality under your watch. We thank you for your exemplary service to the people of Midvaal, and we wish you all the best for the future,” said Steenhuisen.

Baloyi announced early last year that he would not be standing again as a mayor for the municipality.

But so far he has been coy about his future plans both in the DA and in government.

Speaking to TimesLIVE after the event, Steenhuisen said Baloyi will have a future in the DA after his term.

“I am very encouraged that Bongani wants to have a future in the DA and we are in conversation about what that looks like and what he wants to do. You know he has an incredible track record here and he is a name to watch for the future.

“I think he has got some great things ahead of him ... I am absolutely committed as a leader of this party to retain Bongani, his expertise. I mean, this is somebody who has run the most successful municipality in Gauteng. That is a formidable pedigree to have going into any future election.

“Certainly if we are looking at getting into national government at some stage, Bongani Baloyi is absolutely one of the people I would be looking to, as part of our team, to get into provincial or national government because of his huge experience that he has in terms of actually running a municipality,” said Steenhuisen.