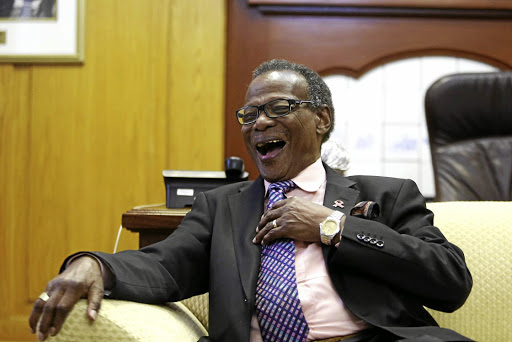 If Kentucky Fried Chicken has advertised it’s “finger lickin’ good” chicken with the face of Colonel Sanders for 69 years, why should the IFP remove the face of former leader Mangosuthu Buthelezi from its election campaign posters?

This was the argument advanced by the party’s national campaign committee chairperson, Narend Singh, when asked why Buthelezi’s face and not that of its leader, Velenkosini Hlabisa, was being emblazoned on IFP electoral paraphernalia.

Singh was speaking at a press conference in Durban to outline the IFP’s state of readiness for this year’s local government elections on November 1.

“We have got an excellent brand in the founder of the IFP, Prince Mangosuthu Buthelezi,” said Singh.

IFP national spokesperson Mkhuleko Hlengwa added that it was a standing and binding party conference resolution for the IFP to continue using the face of its founding leader on its electoral posters.

Prince Buthelezi has been assigned a duty and responsibility to manage the transition in the party. He is still part of the party’s operations and as far as the IFP and its structures are concerned, there is no crisis.

“The politics of the face of the party must continue to be understood in the context that we work on the basis of the mandate of the structures; these binding decisions are resolutions of the 2019 conference in so far as the image of the party is concerned,” said Hlengwa.

He said the IFP had intended to dedicate 2020 to Buthelezi, who stepped down from leading the party in 2019, after being at the helm since its inception 44 years ago.

These plans were disrupted by the Covid-19 pandemic and were shelved for 2021, coinciding with the municipal elections.

“The leadership responded to its plans by saying the face of Prince Mangosuthu Buthelezi will be used in tandem with that of the party leadership in general, and this is a proposal that came from the president [Hlabisa] of the party.

“We are paying homage and tribute to Prince Mangosuthu for the work he has done and continues to do,” Hlengwa explained.

Buthelezi’s face on IFP posters should not be seen as him undermining the current leader, Hlengwa added.

“Prince Buthelezi has been assigned a duty and responsibility to manage the transition in the party. He is still part of the party’s operations and as far as the IFP and its structures are concerned, there is no crisis,” said Hlengwa.

He added that the working relationship between Buthelezi and Hlabisa was “top notch, 100%".

The IFP said its expansion programme had borne fruit. It would see the party contesting all wards in KwaZulu-Natal, and vying for several in other provinces, including the Western Cape and North West.

The party will launch its manifesto on Thursday.