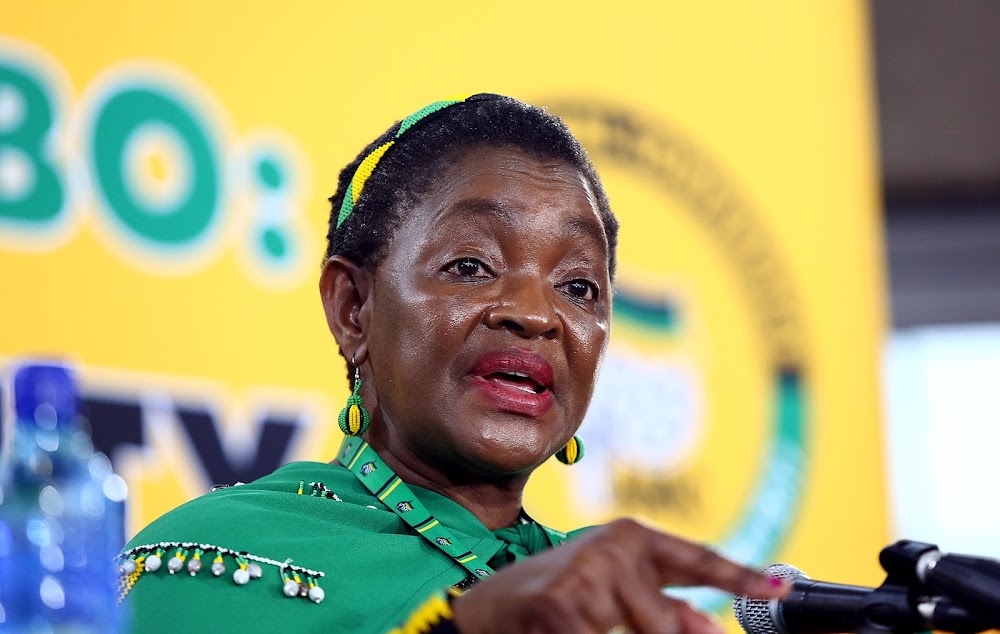 The ANC Women's League (ANCWL) has lambasted the government's handling and characterisation of the unrest and riots in parts of SA.

The characterisation of the violence, which President Cyril Ramaphosa labelled as a failed insurrection, has been the subject of contestation in ANC and government structures.

This after defence minister Nosiviwe Mapisa-Nqakula on Sunday contradicted Ramaphosa, describing the riots that resulted in the deaths of more than 300 people as a “counter-revolution” while other ANC structures in KwaZulu-Natal and Gauteng also came out against the view expressed by Ramaphosa.

Mapisa-Nqakula, however, changed her tune on Tuesday, saying she was in agreement with Ramaphosa.

The ANCWL has now entered the fray, alleging that Mapisa-Nqakula had been bullied into changing her stance.

“It is an attack on a woman, but she is a soldier,” ANCWL president Bathabile Dlamini said in an interview.

“You can't make senior members of the organisation say something and then force them to retract their statements. It shows disrespect within the movement,” said Dlamini.

Dlamini said the matter could have been handled better.

“I think it’s the government that respects people that can be taken seriously, there are other channels that could have been used because she's also a senior member of the organisation and respect is very important for all of us.”

Dlamini also came out in defence of state security minister Ayanda Dlodlo, who has publicly clashed with her police counterpart about the provision of intelligence information to the police to thwart the riots.

Dlodlo had said intelligence was shared with the police but police minister Bheki Cele replied that this was not the case.

Dlamini said Dlodlo was a victim of bullying.

“There has been this thing of mishandling women in the organisation and its uncalled for, we can't allow men to say whatever they want to say and then degrade their dignity. It's not correct, it must not be done.”

Dlamini said the mishandling of women in the ANC was a historical issue and it appeared there had been no solid commitment to address it.

“We have raised the issue with the leadership, at some stage it was comrade Nkosazana Dlamini-Zuma, Lindiwe Sisulu, at some stage Lindiwe Zulu, Jessie Duarte and Busisiwe Mkhwebane,” she said.

Dlamini said the ANCWL was of the view that the recent acts of violence and business lootings did not amount to an insurrection.

“I think it's too quick for us to say it's insurrection or not, otherwise we are going to mislead our people. It's good to be authentic and call things what they are, but we can't mislead people and characterising this thing poses a lot of dangers even in the international community.”

Asked about the government's handling of the crisis and where it went wrong, Dlamini said: “This is not the time to blame, it's time to build.

“The lesson is that when there is something, we must all be on our toes. I think going to Nkandla on Saturday was not enough. What was supposed to be done was to talk to communities, but also, this has been coming.

“When we thought going to Nkandla was enough, I think that is where we made a huge  mistake. We were not supposed to sleep thereafter, we were supposed be on the lookout because people had been saying, warning that should this happen, this will happen and we must listen carefully to people when they are speaking.

“Not that I am promoting the destruction of property, looting and everything, but government usually are expected to rise above and not do things with anger and vengeance. They are supposed to think deeply and use evidence that comes from people on the ground and come up with responses. I think what has been driving us is anger.”

Should Zuma speak out?

“I don't think [former president Jacob] Zuma must say anything. What we should appreciate is that first, he agreed to go to prison and played his role, so I really feel if we want him to say something, we are now going beyond his call.”

Mashatile: ANC is attending to problems raised in report by Motlanthe

Dali Mpofu: 'I'll never be able to recruit my wife to the EFF'