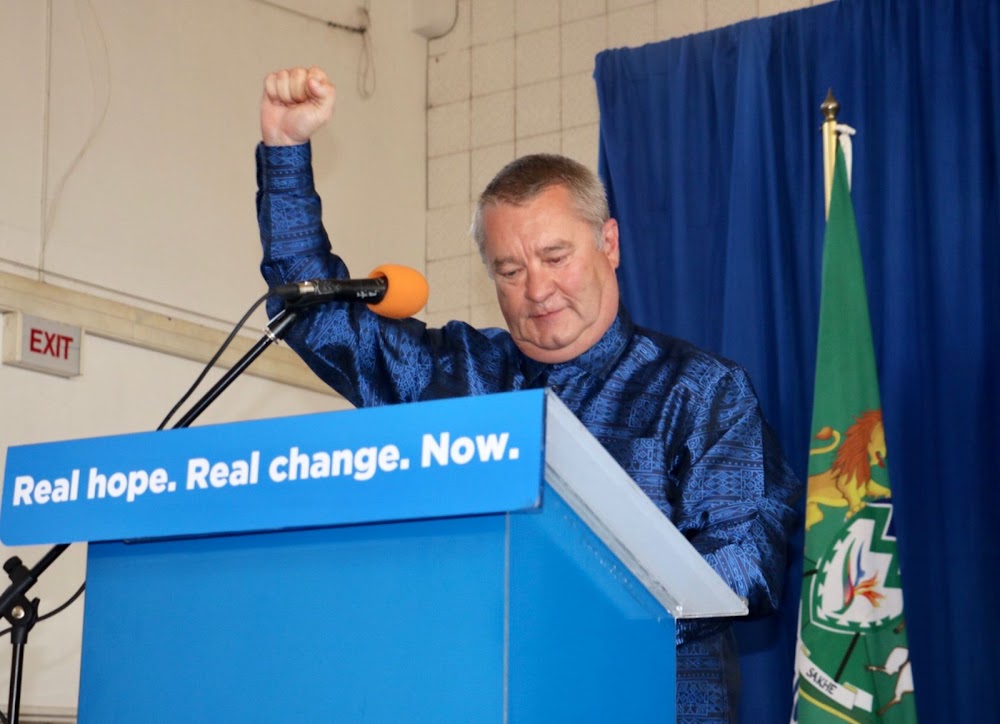 The DA is looking to make history in KwaZulu-Natal by clinching a victory that will see it govern a municipality in the province for the first time.

The party has set its sights on uMngeni municipality, where fewer than 2,500 votes is the difference between the DA and the governing ANC, the only two parties represented in the municipal council.

“The reception in uMngeni is positive towards the DA. We have done our ground work. We are ready to encourage voters to vote for change because where the DA governs we govern well — that is our focus,” provincial leader Francois Rogers told supporters.

Addressing members at the party’s election campaign launch, Rogers said in a political race, the DA was miles ahead of other parties.

“Just drive and walk around. I can only see blue, I don’t see any other colour,” he said, referring to DA election posters.

But beyond blue posters on lampposts across the province, the DA leader in the province said the party began speaking to voters more than a year ago.

“For a year-and-a-half we have been in campaign mode. We did not wait for the Constitutional Court to tell us what to do. During the pandemic we have been on the phones talking to voters, asking them to register to vote and vote DA, and I say thank you to each and every one of you democrats,” said Rogers.

The party has been visiting communities across the province, he said.

“The DA has been on the campaign trail, engaging and mobilising voters for some time already, while our opponents are still trying to work out who their candidates will be. We are receiving ever-growing enthusiasm and massive positivity from the voters of KZN.”

Rogers said early engagement with voters from all walks of life had ensured that the party had made inroads and got a head start.

“We have key strategic wards throughout the province, in particular in uMngeni, where we would like to govern. That is going to be our focus.”

Rogers is counting on political and financial stability to run a successful campaign.

“There is no factionalism, we are paying our staff, our ward candidate selection was smooth and everybody is focused on the election, not any internal matters,” he added.

The DA has promised effective and efficient governance focused on revenue generation that goes into addressing service delivery, upliftment of communities in need and the provision of services.