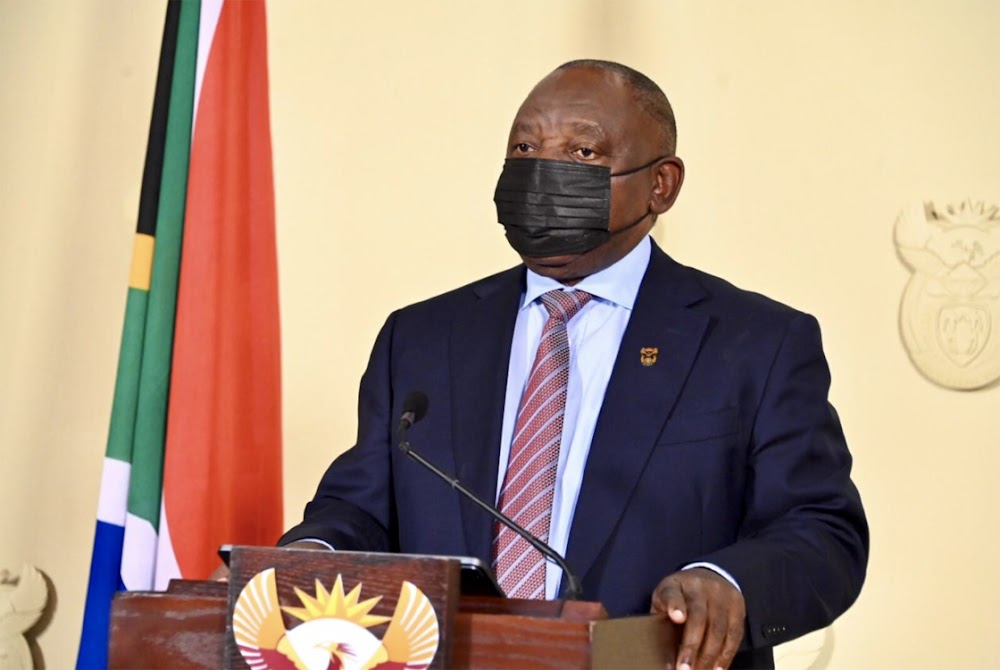 President Cyril Ramaphosa announced the extension of the level 4 lockdown regulations for another 14 days, as Covid-19 positive cases continue to rise.

Ramaphosa, addressing the nation on Sunday night, said his government had decided to keep the country on adjusted level 4 first implemented exactly two weeks prior.

This means that all gatherings, excluding funerals, remained prohibited. The curfew remained in place from 9pm to 4am, as did the ban on alcohol sales. Schools, the president said, would remain closed until July 26.

However, there were some changes to the regulations, in that restaurants and eateries will be allowed to open for sit-down meals. Gyms and fitness centres were also allowed to reopen.

“As things stand now, infections remain extremely high. With the fast-spreading Delta variant, we are experiencing a third wave that is more severe than the first and the second waves.

Ramaphosa said the country has recorded more than 4,200 deaths due to Covid-19 in the past two weeks alone.

About an hour before Ramaphosa's address, the National Institute for Communicable Diseases (NICD) said that there were 16,302 new Covid-19 cases recorded in the past 24 hours. There were also 151 Covid-19 related deaths recorded in the same period.

“Consequently, cabinet after consultation with the provinces has decided to maintain the country at adjusted alert level 4 for another 14 days. This means that from now until the 25th of July, the following measures will remain in place.

“All social, political, religious and other gatherings remain prohibited. A curfew remains in place from 9pm until 4am, and only those with permission to do so may leave their homes during this time,” said Ramaphosa.

He said the sale of alcohol remained prohibited, but restaurants would be allowed to open for sit-ins, with only 50 people permitted at a time, or at 50% capacity for smaller venues.

“Certain other venues, such as gyms and fitness centres, may also open and activities such as agricultural livestock and game auctions will be allowed, subject to the conditions outlined in regulations,” said Ramaphosa.

He said while Gauteng currently accounted for more than half of new infections, other provinces including the Western Cape, Limpopo, North West, KwaZulu-Natal and Mpumalanga were now seeing a rapid increase in people testing positive.

“Our health system countrywide remains under pressure. By next week, daily hospital admissions across the country are likely to reach the levels observed during the peak of the first two waves.

“Covid-19 related deaths in hospitals are also increasing, and have surpassed those observed at the peak of the first wave,” he said.

“Reducing alcohol harm frees up much-needed capacity in our health facilities to deal with Covid-19 cases. Alcohol abuse is also associated with gatherings and non-adherence to public health regulations.

“At the same time, we know and recognise the vital contribution of the alcohol industry to our economy. Ultimately, the most important measures to limit transmission are those that are within our individual control,” he said.