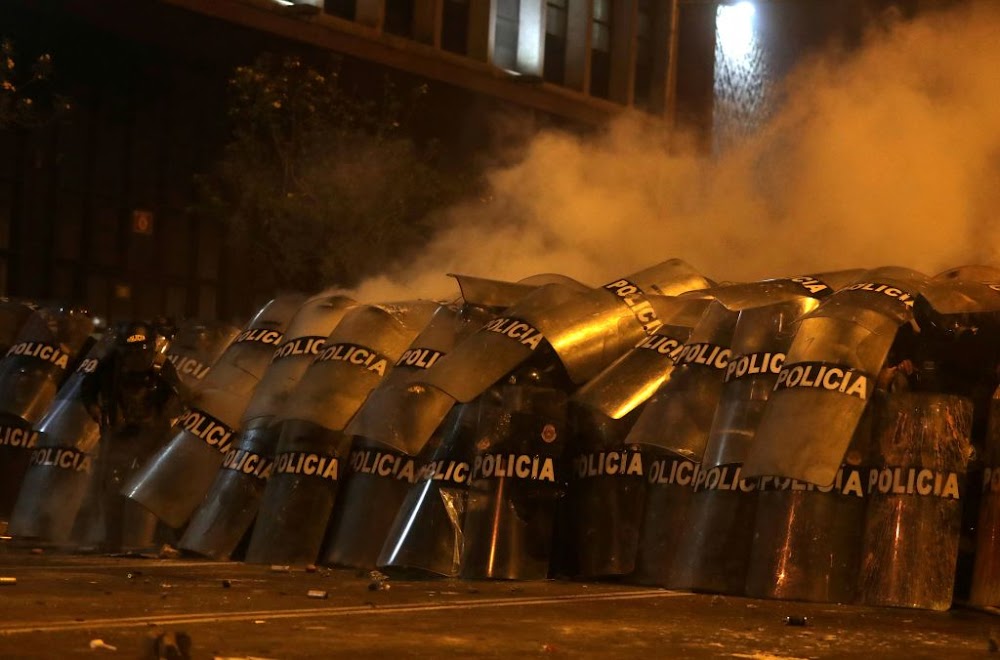 Peruvian interim president Manuel Merino came under growing pressure on Sunday to resign after half his new cabinet stepped down following the deaths of two people in protests over the sudden ouster of his predecessor.

Thousands of Peruvians have staged some of the country's largest protests in decades — mostly peaceful but some marred by clashes — since the Congress voted last Monday to remove Martin Vizcarra as president over bribery allegations, which he denies.

The political shake-up has come as Peru, the world's no. 2 copper producer, battles the coronavirus pandemic and what is expected to be its worst economic contraction in a century.

After the violence, at least nine cabinet ministers — sworn in on Thursday — announced their resignations, while calls grew for the departure of Merino, the former head of Congress who had led the push to impeach Vizcarra and who took over last Tuesday.

“President Merino should present his resignation at this time,” the new head of Congress, centre-right lawmaker Luis Valdéz told local station América Televisión early on Sunday, adding he had called for an urgent meeting of legislators.

The national assembly of Peru's regional governments also released a statement demanding Merino's resignation, saying he was “politically responsible for the acts of violence”.

Prime Minister Ántero Flores-Aráoz said in an interview with RPP radio that if Merino resigned he would depart also. “I owe him respect, consideration and loyalty, I cannot leave him alone,” he said.

On Saturday hundreds of mostly young protesters unveiled a massive Peruvian flag and sang the national anthem in the central Plaza San Martín. Later, a band of hooded protesters confronted police, throwing rocks and fireworks at them, and security forces fired back with teargas.

The city echoed with sirens, shouts and chants of protesters demanding Merino's removal.

Flores-Aráoz had earlier told reporters that Vizcarra's removal on corruption charges by the opposition-dominated Congress had been legal. He said Merino had no intention of caving to demands from protesters that he resign.

“This was a constitutional change,” Flores-Aráoz said. “We ask people for understanding. We don't want to descend into chaos and anarchy.”

Though the protests seen in Lima since Monday have been mostly peaceful, dozens have been injured in sporadic clashes between demonstrators and security forces.

Police used teargas and rubber bullets to tame the unrest, and humans rights groups said their use of force was excessive.

“Given the situation, young people cannot be indifferent, we must demand respect,” said Sonia Julca, an economist from the University of Callao. “The people are against this government led by Merino.”

Merino, a member of the centre-right Popular Action party, has called for calm and promised to stick with a plan for new presidential elections in April.

Vizcarra, a politically unaffiliated centrist who is popular with Peruvians, oversaw an anti-graft campaign that led to frequent clashes with Congress in a country that has a history of political upheaval and corruption.

The former president has yet to be found guilty of the corruption charges brought against him during the impeachment hearing before his ouster.