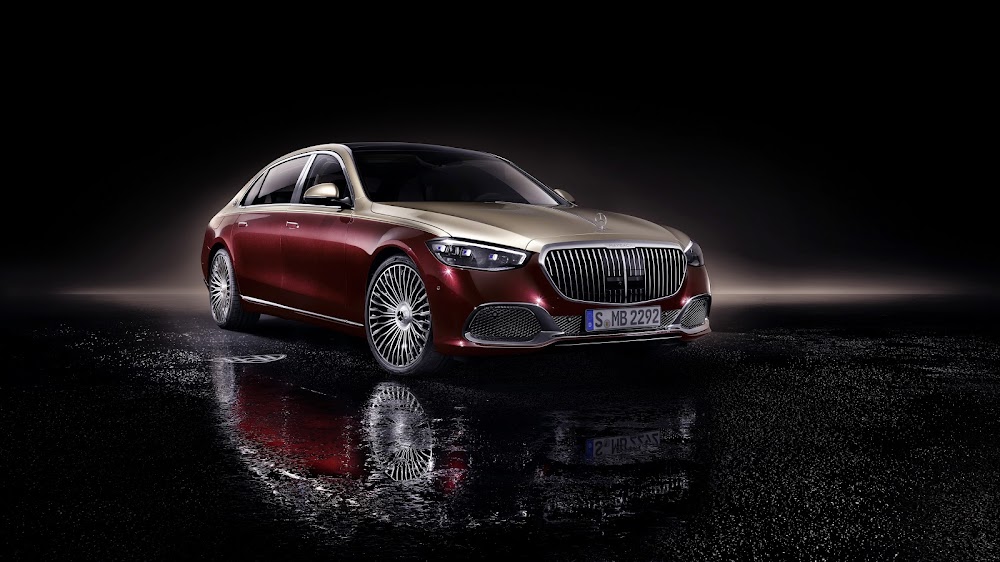 The new Mercedes-Maybach that’s based on the recently launched S-Class has been revealed.

The company describes the Maybach series as “making the best car in the world even better” and as such it’s the pinnacle of tech and luxury that’s available in the new S-Class, starting with being 18cm longer than the long-wheelbase S-Class. This elevates it to the chauffeured chariot category. It actually comes with a Chauffeur mode which activates the most supple and mannerly damper, engine and transmission operation.

Richemont CEO Johan Rupert is featured in the official launch video defining what luxury is while also hinting at an acquisition. Should he purchase, and have an itch to take over driving duty, he will enjoy a new MBUX displayed through a larger 32.5cm, OLED main screen control centre with augmented reality capability and a 31.2cm 3D direct driver display and other features behind a sculpted dashboard.

Rupert and his well-to-do peers are perhaps more likely to prefer the pampering offered behind the front pews where there’s more opulence and a pair of independent seats that recline.

There’s the option to swathe the surroundings, including the roof liner and padded cushions, with luxurious nappa leather. You can option a refrigerated rear centre console which comes with silver-plated champagne goblets while the safety suite is the full quota that debuted in new S-Class, including  the world’s first frontal airbag for rear passengers and an alphabet soup of active safety acronyms. The Maybach can have a total 18 airbags fitted.

Another interesting new safety feature is Digital Light with over one million pixels embedded per headlamp. This not only makes them the most powerful beams yet, but they also project HD warning icons ahead onto the road. These include an icy road, low-grip surface, and construction-site, rear-end collision, lane-keeping, blind-spot and speed warning symbols.

The new trend of less flash but more organic luxury design is the reason most of the regular S-Class look is retained in the Maybach version. It’s less showy than its forebears but given specific character through chrome on the large grille and on the wire mesh on the lower air dam.

A selection of handsome alloy wheels includes the trademark dish type or multi-spoke options and on request, your Maybach can be switched from a monotone shade to a choice of glossy, oligarch type two-tone paint schemes.

There’s a pair of powertrain options, starting with an S580 that’s motivated by a turbocharged 4.0l V8 and hooked to a nine-speed automatic transmission sending power to all the wheels via a 4Matic system.

The juggernaut of the range is the S680, denoting a twin-turbocharged 6.0l V12 mated to a seven-speed transmission feeding 1,000Nm of torque to the rear axle. The company has also announced the introduction of a 48V mild-hybridisation to the mechanicals that are designed for a poised and velvety punch.

Mercedes-Benz SA says it will share price when the car is due to arrive here in the third quarter of 2021 but let’s get real: if you are the target market, chances are that the call with the full details has long been dispatched to your castle.

US extraditing two men charged in Ghosn escape to Japan