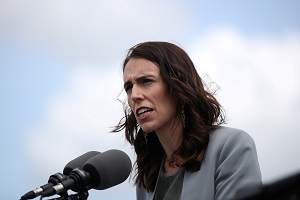 Support for New Zealand's ruling Labour Party dropped in the latest poll on Friday, but it would still be enough for Prime Minister Jacinda Ardern to govern alone.

The Newshub-Reid research poll showed support for Ardern's party at 45.8%, down 4.3 percentage points from the last poll.

The opposition National Party was at 31.1%, up 1.5 percentage points.

The Green Party, a likely coalition partner of Labour was at 6.3%.

Driver taken into custody after incident at chancellery in Berlin

Kyrgyz PM to step down as acting president, run in election

Cyril Ramaphosa faces his first motion of no confidence in parliament

Mbeki and Obasanjo: case studies in the use of soft power in Africa's interests