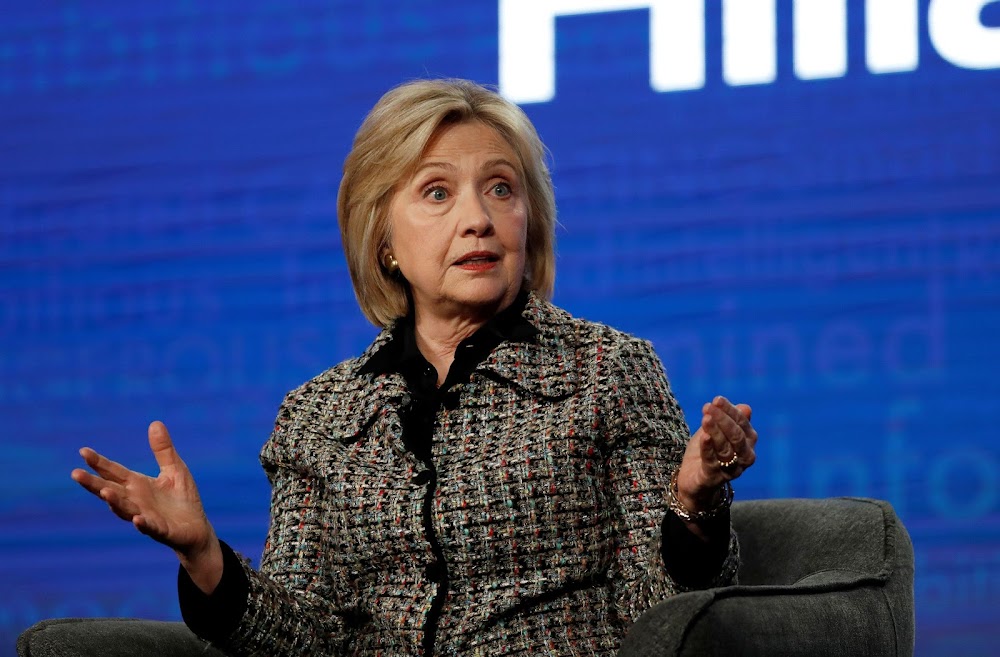 Hillary Clinton criticized the campaign of her former Democratic presidential rival Bernie Sanders in a new documentary in which she says he was an ineffective US senator who accomplished little because "nobody liked him."

Clinton also weighed in on the dispute between Sanders and 2020 Democratic presidential rival Elizabeth Warren centering around the electability of women, saying Sanders demonstrated "a pattern" in how his campaign attacked women rivals.

The criticism, made in a Hulu documentary to be shown at the Sundance Film Festival on Saturday and an interview promoting it, revealed lingering bitterness toward Sanders after he mounted an unexpected Democratic primary challenge to Clinton in 2016. Clinton backers blame Sanders' supporters for tarnishing her with vitriolic criticism that helped put Republican Donald Trump in the White House.

"He was in Congress for years. He had one senator support him. Nobody likes him, nobody wants to work with him, he got nothing done. He was a career politician. It's all just baloney and I feel so bad that people got sucked into it," Clinton says in the documentary, according to the Hollywood Reporter.

Asked recently by the magazine if that assessment still holds, Clinton said, "Yes, it does."

Clinton did not commit to endorsing and campaigning for Sanders should he win the nomination this year, citing a competitive Democratic field, but she criticized his campaign as having a culture of insult and attack.

"I will say, however, that it's not only him, it's the culture around him. It's his leadership team. It's his prominent supporters. It's his online Bernie Bros and their relentless attacks on lots of his competitors, particularly the women," Clinton told the Hollywood Reporter.

Clinton later tweeted that she would back a Democratic nominee.

She wrote in a tweet: "I thought everyone wanted my authentic, unvarnished views!"

"But to be serious, the number one priority for our country and world is retiring Trump, and, as I always have, I will do whatever I can to support our nominee," she said.

When she was asked about the dispute over whether Sanders told Warren in a private conversation that a woman could not beat Trump, Clinton pointed out that she got 3 million more votes than Trump in the 2016 presidential election.

Clinton called the dispute part of a pattern with Sanders, noting he had attacked her as being unqualified despite her experience, including as secretary of state and a U.S. senator.

She encouraged voters "to elect a president who's going to try to bring us together, and not either turn a blind eye, or actually reward the kind of insulting, attacking, demeaning, degrading behavior that we've seen from this current administration."

Safaricom to remain transparent while supporting the Electoral Commission during elections