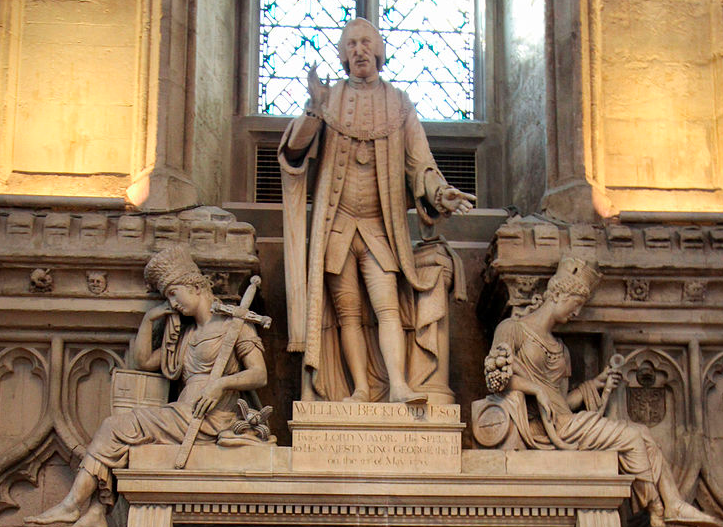 The statue of a former Lord Mayor of London should not be taken down but rather kept in place to educate future generations about the evils of slavery, a campaign group said on Monday.

City of London representatives agreed last week to remove a statue of William Beckford from its Guildhall home as part of a wider debate about how Britain remembers and represents history, after last year's Black Lives Matter protests.

Beckford was twice Lord Mayor of London in the 18th century and had plantations in Jamaica with slaves.

The Public Statues and Sculpture Association (PSSA), which champions the historical context of sculptures, said it has asked the current Lord Mayor to keep the statue in place.

“We are very sympathetic to the fact that Beckford has strong associations to slavery and this absolutely needs to be stated,” PSSA Co-Chair Joanna Barnes said.

A board spelling out Beckford's role in slavery should be added to the sculpture, said the PSSA, which has no powers to stop the removal.

“This is a very important learning tool for the public. There is no doubt at all that art history has been slanted from the evils of slavery and it does need to be redressed,” Barnes said.

The statue's removal was approved by the City's policy and resources committee last Thursday but faces a lengthy process given the Guildhall's “Grade 1" legal protection as a building of national historic importance.

Brian Mooney, the City's Chief Commoner (senior councillor), told last week's meeting that the statue honours Beckford's defence of constitutional liberty and is not meant to commemorate a slaver.

“It would not be difficult to put the statue into context with an appropriately worded sign — far easier than spending upwards of one million pounds removing and replacing it,” Mooney said.

City councillor Oliver Lodge said the City should focus on priorities like responding to Brexit and Covid-19 at this time, and not on a statue in the Guildhall.

City of London political leader Catherine McGuinness said last week that removing the Beckford statue was an important milestone in a journey to a more inclusive and diverse City.

Not your bitch: Campaign against 'sexist' dictionaries moves to Italy