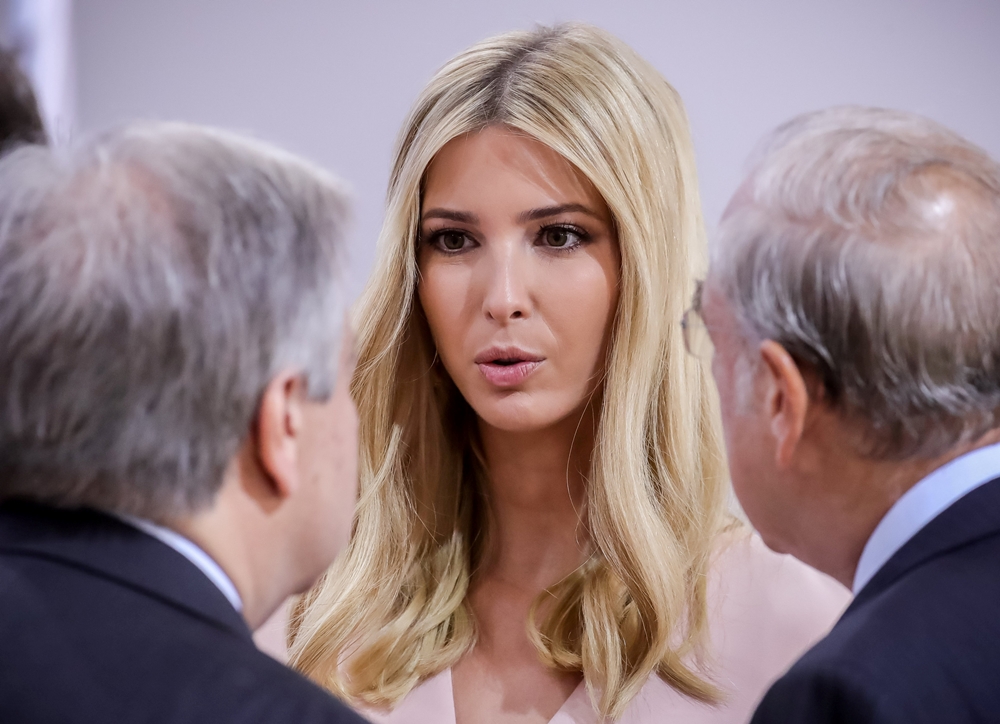 On Sunday, she offered words of encouragement by quoting a Bible verse about answered prayers and healing, only for tweeps to flood social media with dismissive comments made by her father, US president Donald Trump, in response to the incident and the protests that followed.

Floyd, a 46-year old Minneapolis resident, was killed on Monday last week at the hands of local police officers after he was restrained, allegedly for attempting to pass a counterfeit bill at a local shop.

A viral video captured by a resident shows a white police officer who has been identified as Derek Chauvin pressing his knee against Floyd’s neck as he restrained the unarmed man who repeatedly pleaded for his life, saying “I can't breathe”.

According to The Washington Post, the officer released Floyd only upon the arrival of an ambulance. Floyd was taken to hospital and was later declared dead.

“This is what the Lord said: I have heard your prayer and seen your tears. I will heal you.” 2 Kings 20:5

People in Minneapolis are hurting for a reason. Justice is how we heal.
My heart goes out to George Floyd‘s family and all Americans who are hurting.

Since its Bible Trivia Sunday, chew on this one...

Isaiah 10:1-3 Woe to those who make unjust laws, to those who issue oppressive decrees, to deprive the poor of their rights and withhold justice from the oppressed of my people, (1/2)

"A ruler who lacks understanding is a cruel oppressor, but he who hates unjust gain will prolong his days." Proverbs 28:16

I'm so tired of these grifters quoting scripture while enabling the most immoral President in American history.

“Don’t be too nice. When you guys put somebody in the car and you're protecting their head, you know, the way you put their hand over, like, don't hit their head and they've just killed somebody. Don't hit their head. I said, you can take the hand away ok?” ~President* Trump 2017

This is what your father said: "When the looting starts, the shooting starts." 7:53 AM EST, May 29

Sit the fuck down, princess.

As angry protesters descended on the White House on Friday and Saturday, demanding justice for Floyd, Trump showed little sensitivity as he took to Twitter to label them as “thugs”. The tweet is no longer available on the platform.

On Saturday, he applauded the secret services for ensuring his safety and acting with restraint by preventing angry citizens from gaining entry to the White House. He said had they got in, they would have been “met by vicious dogs” and “ominous weapons”.

Great job last night at the White House by the U.S. @SecretService. They were not only totally professional, but very cool. I was inside, watched every move, and couldn’t have felt more safe. They let the “protesters” scream & rant as much as they wanted, but whenever someone....

'They're trying to stop me', says unhappy Hamilton

Hawks rescue 11 women in raids on 'brothels' in two towns