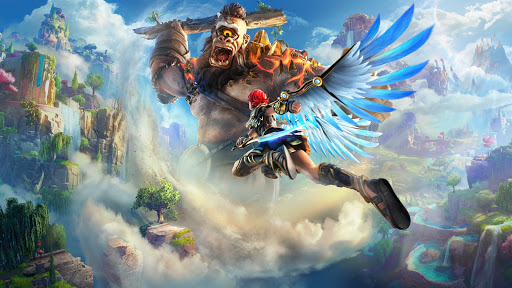 And some family drama, because remember, Greek mythology is mostly about family drama. Also, Ares is a chicken but maybe that’s more metaphorical.

Ubisoft’s Zelda-’em-up launches this week, and casts you as the demigod Fenyx who, subsequent to a squabble about who banished who (family drama, yo), must rescue your Olympian siblings from mega-snake bad guy Typhon. This includes solving puzzles, beating up cylopses, and customising your hair.

It’s out on PC, Switch, Xbox, and PlayStation on 3 December.

Take a look at the story trailer in which Zeus and Prometheus share the tale of the young shield bearer, Fenyx, who can save the Greek gods from the titan, Typhon.Immortals Fenyx Rising launches on December 3, 2020 on Google Stadia, Xbox Series X and S, Xbox One, PlayStation 5, PlayStation 4, PC, Luna, and Nintendo Switch.#ign #gaming