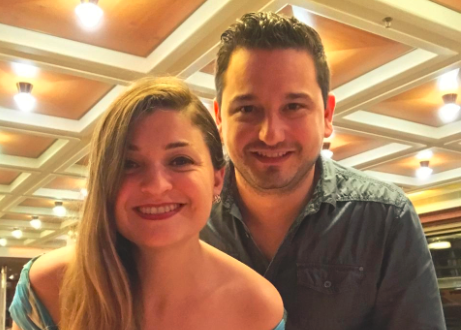 Newlyweds Yadira Garza and Joel Gonzalez began their honeymoon cruise on the MS Zaandam with romantic strolls overlooking the sea, but have now spent days in a stuffy, cramped cabin as the ship goes on lockdown to contain coronavirus.

Four "older guests" have died on the ship in recent days, cruise operator Holland America Line said without providing details, while more than 130 people aboard are suffering from influenza-like symptoms. Two of them have tested positive for coronavirus.

The just-married couple, instead of stargazing on deck with a bottle of wine, is now playing cards and watching movies, news and National Geographic in a narrow room that fits a bed, sofa and dresser.

"Our routine is to survive," said Garza, who married Gonzalez in the northern Mexican city of Monterrey on February 29 - one day after Mexico confirmed its first case of coronavirus.

"It was before it became a pandemic, we didn't see a risk," she told Reuters in a phone interview.

Since last Sunday, the Zaandam's 1,243 passengers were told to keep to their rooms, barely two weeks into the cruise that set off from Buenos Aires on March 7 and was due to conclude at San Antonio, Chile, on March 21.

The 238-meter (781-foot) vessel staffed by 586 crew is now sitting off the Pacific coast of Panama, unable to continue its detour to Fort Lauderdale, Florida, because canal authorities say it cannot transit the waterway for sanitary reasons.

Holland America is owned by Carnival Corp, whose Princess Cruises recently said it was suspending voyages for two months, after two of its ocean liners that had been quarantined became hotbeds for coronavirus infections.

Both Garza and Gonzalez said they are in good health, and are eager to return home to see their family and to again stroll freely in the fresh air.

"Last week I did 56,000 steps and this week I did 10,000. We have practically no movement," Garza said, referencing her pedometer.

When the crew delivers water bottles and toiletries, the couple wipes down whatever they can, but has already ran out of soap.

"We are washing everything with shampoo," Garza said.

Her hope of soon getting off the Zaandam was restored after cruise operators said on Friday that people without symptoms would be transferred to the Rotterdam, a sister ship, which pulled up alongside.

"Today I got dressed, I'm not in pyjamas," Garza said. "They gave us the news that we could leave tomorrow, and I said, I'm going to get dressed to be ready."

Racism cannot be 'normal' in US, Obama says of latest police killing

'This is the end of Hong Kong': China pushes security law after unrest

Coronavirus worse for US than Pearl Harbor, 9/11: Trump