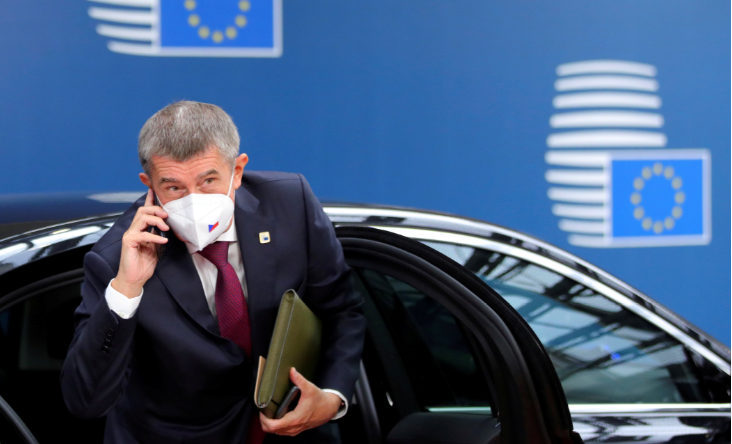 The country of 10.7 million has ranked among the world's worst-hit countries by the COVID pandemic in the past few weeks, as the situation has been exacerbated by the new variants of the virus.

Prague had inoculated 649,868 people as of Saturday evening, most of them using the vaccine from Pfizer/BioNTech. The country has also used vaccines made by Moderna and AstraZeneca.

"We cannot wait for EMA, when Russia has not applied (for approval)," Babis said on CNN Prima News. He said the approval by Czech drugs authority, SUKL, would suffice.

"SUKL must examine the documentation and if they approve it, the Health Ministry has to issue an exemption... and then, whoever is interested, can get inoculated," he said.

Prague could adopt a similar approach with China's Sinopharm, Babis said pointing to Hungary, where Prime Minister Viktor Orban has received the vaccine.

"A vaccine from Russia or China, that's not the Dukovany nuclear power plant," Babis said, referring to security concerns over acceptance of bidders from the two countries for the Czech Republic's largest ever industrial project.

On Feb. 10, Babis has said Czechs would wait for the approval by EMA before using Sputnik V.