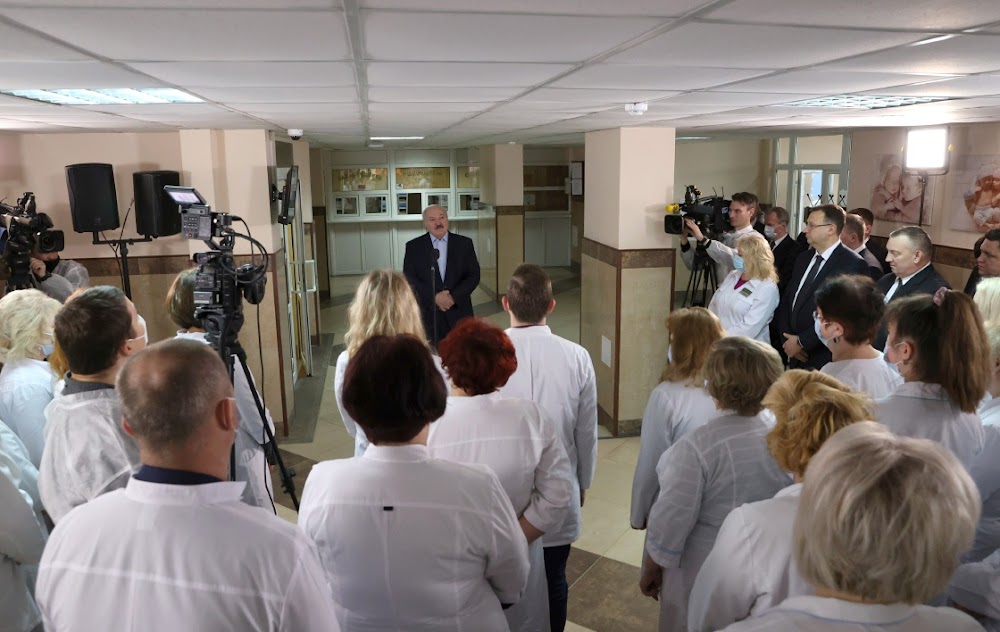 Belarus will close its land borders to its own citizens later this month to try to combat Covid-19, the government said late on Wednesday, a move one opposition news channel likened to the imposition of a new Soviet-style iron curtain.

Belarus has been rocked by protests since an Aug. 9 presidential election in which incumbent Alexander Lukashenko said victory. His opponents say the vote was rigged and want him to quit.

A government order, published at midnight — 2100 GMT on Wednesday — said the new measures, which include a ban on Belarusians travelling unless their trip is related to work or study, would come into force 10 days from the moment of publication.

It did not specify when land borders would reopen.

“The new iron curtain has arrived,” said Nexta Live, a Telegram channel that has become one of the main sources of news about demonstrations in Belarus. It is hostile to Lukashenko and helps to co-ordinate protests.

Franak Viacorka, an adviser to opposition leader Sviatlana Tsikhanouskaya, posted the news on Twitter, noting that the government's official reason for the decision was Covid-19.

“And the real reason is too many people want to flee the oppressive regime,” one Twitter user wrote in response.

Belarus is facing a brain drain, with neighbouring countries from Ukraine to the Baltics wooing people and companies to relocate with fast-track immigration procedures and tax breaks.

Prime Minister Roman Golovchenko said this month that Belarus would work to stem the exit of talent, saying authorities wanted to prevent an outflow of young people in particular.

Lukashenko played down the dangers of Covid-19 during the first wave of the virus, asserting that nobody would die from it.

As of Wednesday, the Belarusian health ministry had reported 152,453 infections and 1,230 deaths from the virus.

International lorry drivers and diplomats will be exempt from the new restrictions. Foreign visitors will still be allowed to enter, but will have to quarantine for 10 days.