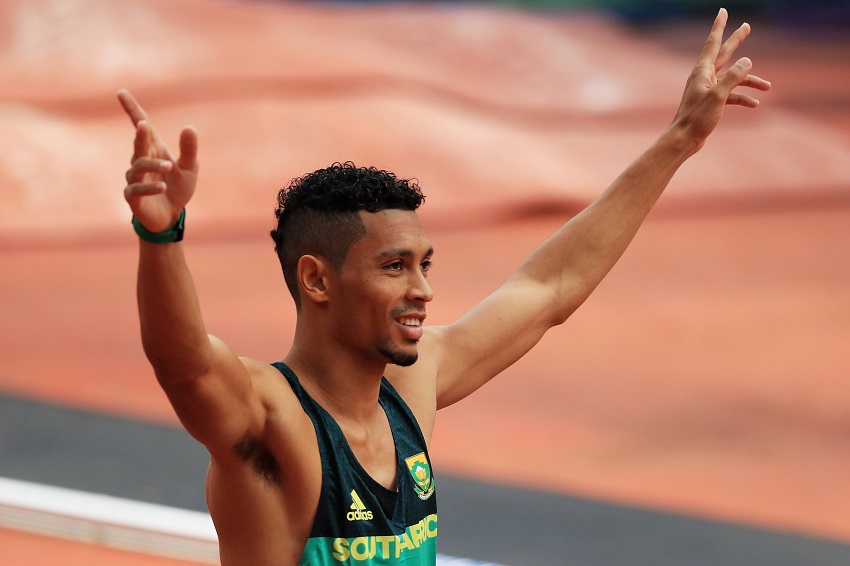 The 2021 national track and field championships have been brought forward to April 16-18 to give sprint hopefuls a chance to get to the World Relays competition two weeks later to qualify teams for the Tokyo Games.

The men’s 4x100m booked their spot at the 2019 world championships in Doha‚ finishing fifth in the final.

But the men’s 4x400m team narrowly missed out. Even without Olympic 400m king Wayde van Niekerk they were just 11-hundredths of a second‚ or two positions‚ shy of sealing their tickets to Tokyo.

The top eight teams in each Olympic event‚ excluding the eight which qualified at last year's world championships‚ will qualify.

The SA women’s 4x100m and 4x400m outfits are unlikely to make it‚ denuded by positive drug tests and the exit of Caster Semenya because of world athletics’ new gender eligibility rules.

If she were to win her court case to be allowed to compete without taking medication to suppress her naturally occurring high levels of testosterone‚ SA could be a contender in the mixed gender 4x400m‚ a new event on the Games roster.

“Bringing the SA championships forward will ensure that ASA can select the best possible team for the 2021 World Relays to be held in Silesia‚ Poland, on May 1-2‚ where national sprint squads will get their opportunity to qualify for the Tokyo Olympics‚” Athletics SA (ASA) said on Wednesday in a statement announcing its provisional schedule for 2021.

This marks a change in attitude from ASA‚ which ignored the first two editions of the event in 2014 and 2015.

In 2017 ASA tried to get the country's top sprinters to compete at World Relays rather than the national championships in Potchefstroom‚ a move that backfired as defiant athletes chose to take part in the local meet amid a #FillUpPotch campaign.

The Comrades Marathon is set for June 13‚ the FNB Durban 10km on July 10‚ the Mandela Day Marathon on August 21 at Howick‚ the Cape Town Marathon on October 17 and the Soweto Marathon on November 7.

The SA half-marathon championships are scheduled for May 1 in Port Elizabeth and the national cross-country championships on September 18.

The delayed Olympics are in line to be held from July 24-August 8 and the world under-20 championships in Nairobi a week later‚ from August 17-22.