REVIEW | The 2020 Renault Sandero Techroad has its pros and cons

If your smartphone regularly updates you with motoring news, you will not only be able to catch all the updates while plugged into the Renault Sandero Techroad but you are also going to find out about the new third-generation Sandero that’ll be launched soon.

The new one, which made its global debut last month, has picked up a whole load more style than the Techroad specification being tested here. The segment it competes in recently dwindled with the exit of the Toyota Etios Cross and thus it competes with Ford’s new Figo Freestyle. You can include the smaller Suzuki Ignis and the larger Hyundai Venue in the mix.

People who buy small crossovers value space, simple running gear, some offroad height and an approachable price. They will not be disappointed with what the Stepway Techroad has to offer. There’s 2,590mm of wheelbase, a 292l boot and 193mm of ground clearance — all best in segment. There’s also good head, shoulder and legroom and the rear seats flop down to increase loading space to make this a practical family car.

It isn’t an expensive-feeling interior but has a modern-looking fascia. The Techroad grade brings with it much standard spec, including unique cloth seats with blue-coloured sections that liven up the interior. When you plug in your smartphone into the USB port it becomes hub of connectivity to your music collection, saved or streamed; and hands-free communication through Bluetooth and Apple CarPlay and Android Auto which also beams phone-based navigational maps onto the main colour display screen. 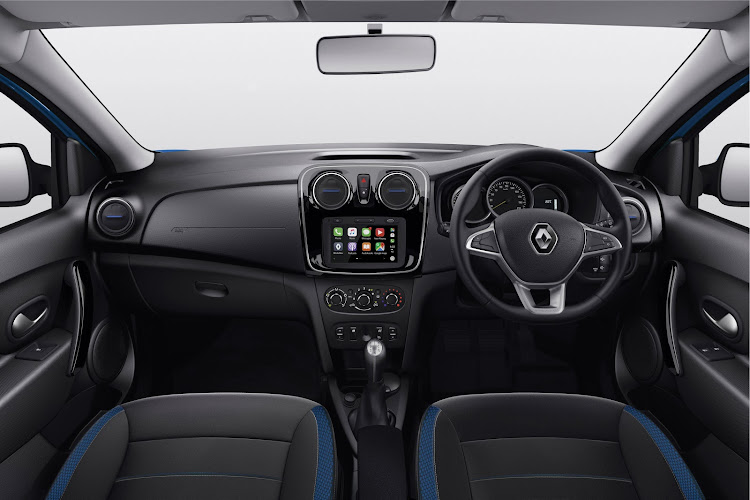 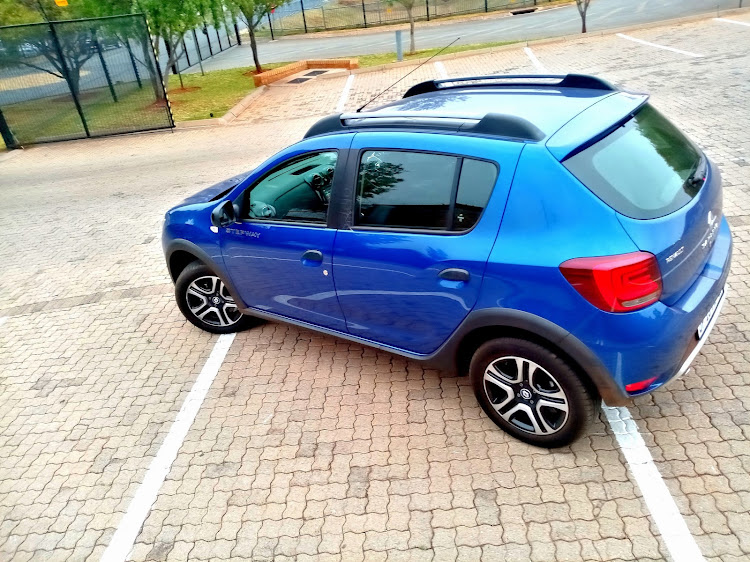 The Techroad is available with one powertrain option. It’s a 900cc three-cylinder turbo with 66kW and 135Nm mated to a five-speed manual transmission.

Renault likes to punt the F1 technology in its production engines yet the performance and refinement of this triple-cylinder motor is a wheezy affair. It just isn’t tractable enough at low speeds or anywhere else in the rev range. You’ll need deft clutch and throttle work when faced with steep driveways, more so on cold mornings. This also makes it frustrating to get it up to high speeds quickly.

Only once on the move and highway and cruising speeds are locked into the standard cruise control does the Techroad get on with being a fair drive, and an added positive here is that it doesn’t quaff fuel. It returned 6.0l/100km on average during a week of living with it.

There’s also not much of a balanced ride and handling dynamism to its front-wheel drive chassis. It’s not that it won’t handle; you can carve out tidy lines on twisty roads but you’ll need to work harder. Thankfully the clutch and gearbox action are light and precise enough to save the day but, all in, it’s not as fluid in operation and it will not trouble the Ford alternative. It did claw back brownie points with a good enough showing on a dirt road where it remained supple and its higher stance gave me more confidence to climb over slightly bigger obstacles.

But all this may be pointless to anyone wanting to buy new, as the new-generation Sandero will be with us soon.

'One heck of a ride': SpaceX launches astronauts into space

Lexus updates its SUVs with interior and technology tweaks