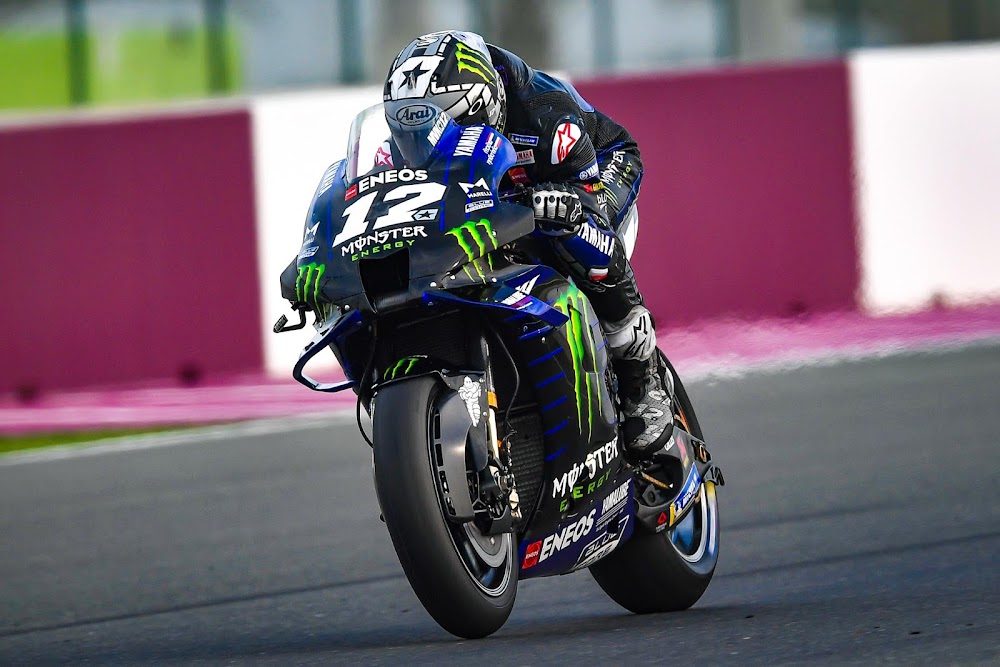 Maverick Viñales (Monster Energy Yamaha) has ended the Qatar preseason MotoGP test with the fastest laptime, with a 1min53.858 on the third and final day in Doha on Monday.

The Spaniard pipped Franco Morbidelli (Petronas Yamaha SRT) to top spot by just 0.033 after the three days, with the top 18 split by less than a second. Fellow Petronas Yamaha SRT rider Fabio Quartararo finished third fastest on the combined times.

Though MotoGP world champions Honda struggled, it was a great test for Yamaha, which set the three fastest laptimes, but there will be slight worry that Quartararo suffered technical failures on Sunday and Monday, in addition to Rossi’s crash on day two. “The Doctor” was uninjured and ventured back out during the last hour of the test.

It was also a good test for Suzuki, which set the fourth and sixth quickest times.

Jack Miller on the Pramac Racing Ducati posted the fastest-ever top speed at the Losail International Circuit at a stunning 355km/h.

The MotoGP season starts in Qatar on March 8.

World population in 2100 could be 2 billion below UN projections