World Cup diary: An entire country‚ if not the rugby world‚ wants to send the Boks packing 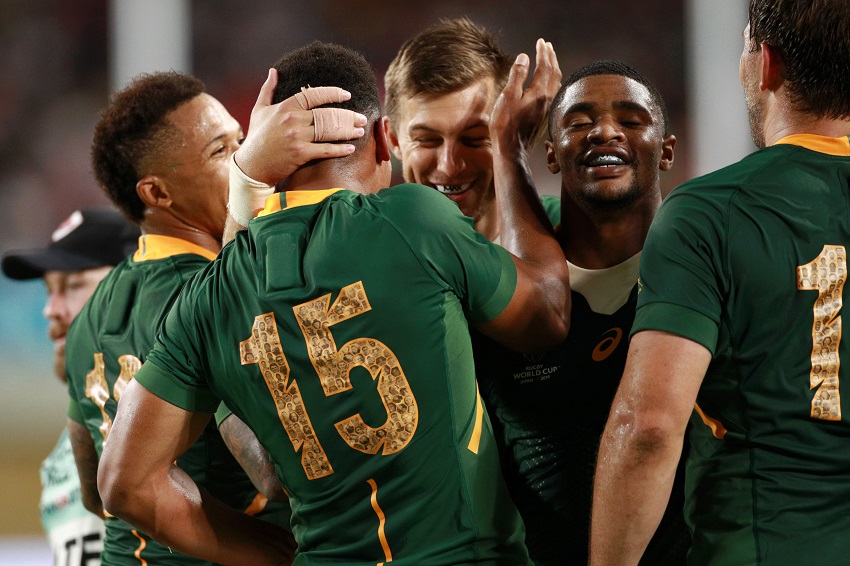 We’re leaving sleepy Omaezaki but I’ve invited potential complication by agreeing to do a television interview via Skype with a news channel back home.

I would have had to do this while on the move.

The journey will involve a short taxi ride to a bus terminus‚ a 40-minute bus ride to Kikugawa Station‚ a 20-minute ride to Hamamatsu Station before a one-hour 37-minute bullet train journey to Kobe.

Time-wise it would be ideal to do the interview then but talking on your mobile phone on a train is cultural no-no in Japan. No-one does it.

What makes the timing of the interview even trickier was that they would cross to me for the start of the interview at 07.32 SA time‚ five minutes before the bullet train’s 14.37 departure.

What a thunderous climax. Japan you rock. #JAPvSCO #RWC2019 pic.twitter.com/fFPxxuv63o

The train always leaves on time. If I fail to get on board in time I’d have to wait an hour for the next train given the rail pass in my possession.

I have to do the interview on the platform and finish it a minute before departure and then drag my big red bag on board. I do all this but I could swear the conductor thinks I’m mad.

Kobe‚ I’m sad to say‚ is mostly remembered for the devastating earthquake that took place in January 1995.

The quake registered 6.9 on the Richter Scale with up to 6 434 people perishing in the disaster.

Kobe‚ however‚ has risen from those ruins. They warm easily to visitors.

They also have an obsession with beef. Kobe beef‚ although expensive‚ with some servings going up to R8 700‚ is widely accessible in the town. There are different grades which means prices fluctuate wildly.

I experienced Kobe beef for the first time in Sydney during the 2003 RWC so I was quite keen to try it again.

Then we receive news that the local tourism authority wants to take us on a mini junket that includes lunch‚ incorporating Kobe beef.

It basically involves a short cruise on a boat‚ followed by a 40-minute journey on a bus through the mountains that guard the north of the city to Arima Onsen‚ one of the oldest spa resorts in Japan.

Spending 45 minutes in the three different baths on offer was just what the doctor ordered.

Then it was back through the mountains‚ and the grindstone.

The Boks played Canada later that day and what a first half they delivered then. I can also feel those knots returning to my back. The Boks get two days off‚ but we don’t.

Some of them go to a theme park or go golfing while some of us get work done early and get on a bullet train to Hiroshima‚ the site of the first nuclear attack.

The place is pristine and eerily quiet. We go to the memorials where it is easy to lose faith in humanity.

That‚ however‚ is not the intention. When we leave‚ we do so filled with hope. I have always been morbidly fascinated by disasters‚ natural or otherwise.

When the spectre of typhoon Hagibis starts looming large I feel the urge to leave Kobe. It will only be brushed by the typhoon’s outer reaches.

The action was going to be in Tokyo and as it turns out I’m due to leave for the capital on the morning of the typhoon’s arrival.

Public transport‚ however‚ grinds to a halt and we were made to wait in Kobe. Japan‚ take a bow. After being battered by the biggest typhoon in more than 50 years they simply get up‚ start with the clean up‚ as well as restoration and repair.

They confront adversity head on.

At the last count 35 people had died but the nation’s mood was somewhat lifted when Japan beat Scotland to advance to the quarter-finals and a date with the Springboks.

It’s one of the most exhilarating games of rugby I’ve watched and I’ve been to a few. The atmosphere and noise inside International Stadium Yokohama is next level.

After a day involving an inordinate amount of time on trains I get back to my hotel just before 01.00.

I had left Yokohama around 90 minutes earlier and as I get to the hotel’s entrance I realise I can’t remember my room number.

Room numbers are not displayed on room keys (cards). It’s been a month on the road and the previous evening I spent one night in a hotel which is part of the same chain as the one I’m walking into.

I know my room is on the 15h floor‚ but which one?

I figure I should go to reception and ask the stupid question. Two other people are already engaging staff. I head for the lift in the hope clarity will be restored.

I retrace my steps and thankfully two little green lights appear when they’re supposed to.

I’m knackered but there’s a big week ahead.

An entire country‚ if not the rugby world‚ wants to send the Boks packing.