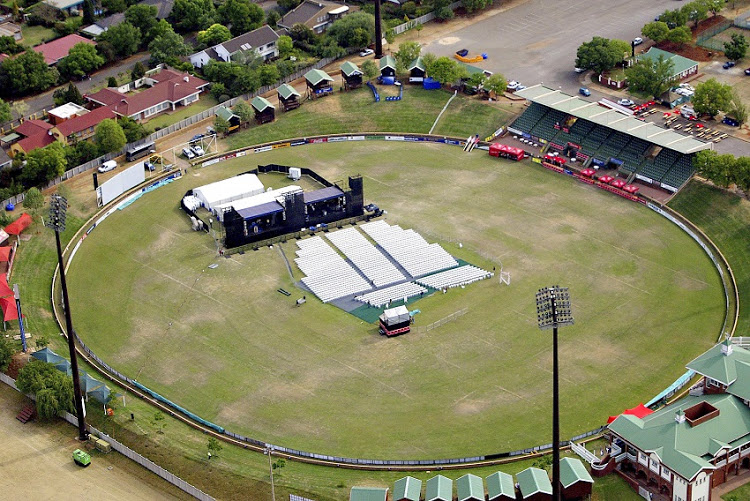 “We just have more experience and understand the game and its administration better.”

These words were penned by Hannes Erasmus‚ the president of Rustenburg-based Impala Cricket Club‚ in an e-mail to fellow administrator Phestus Motshabi last month as the two officials argued over whether to hold a members' council meeting — a gathering of club presidents in the North West province.

Erasmus’s comments came after North West Cricket (NWC) president Dr Oupa Nkagisang sent out a notice on July 6 for the virtual meeting to be held on July 14.

The meeting did not take place‚ however‚ after Cricket South Africa (CSA) served Nkagisang with legal papers to stop him from convening the gathering.

Motshabi‚ from the Geek Cricket Academy‚ then suggested that the clubs themselves should continue with the gathering‚ as the NWC president was barred from doing so by the governing body.

“I’m not really sure why the meeting has been [prevented from continuing]. However‚ be that as it may‚ the president is not allowed to call that meeting‚ [so] as the clubs we request that the meeting be arranged for us to engage on the subject matter‚” wrote Motshabi on July 13.

“Which clubs are you referring to‚ please?

“Let me know and talk for yourself [and] just leave Impala out of this. We will follow protocol and wait for CSA to lead cricket‚ or the [North West] board‚” Erasmus replied to Motshabi.

Werner Prinsloo‚ from Klerksdorp Travellers‚ supported Erasmus and told Motshabi to refrain from speaking on behalf of other clubs.

“You have no mandate to mention my clubs in any reasoning whatsoever. I believe things are eventually going into the required direction of finalising the audit and outcome.

“Please refrain in future in speaking on behalf of other clubs‚” said Prinsloo.

Motshabi replied to both Prinsloo and Erasmus in another e-mail.

“It is unfortunate that instead of indicating whether you support or not‚ you focus on attacking me for no reason.

“I have not mentioned any of your clubs if I recall well‚ and you are aware [you are] just being ignorant because your focus was on attacking me.

“Let me remind you all‚ I represent the constituency of clubs‚ not just one club like you guys.

“I hope you will take that into consideration when you respond.

“Which protocol are you talking about that was never observed during the past 20 months of frustrations?”

Erasmus responded to Motshabi the following day: “This is not a personal attack; we just have more experience and understand the game and its administration better‚ to understand that current circumstances in our country are nothing [like] we have experienced ever.

“I think you must give CSA and all the provinces time to work out how cricket will be administrated in the future.

“We can anyway not plan a meeting due to protocols‚ and not everyone will be able to sit in front of a computer for an online meeting or conference.

“There is serious thinking that need to be attended to‚ and serious people to do so.”

Motshabi took offence to Erasmus’s reply: “Hannes‚ I took very serious offence to your statement that says ‘we’ just have more experience and understand the game and its administration better‚ to understand that current circumstances in our country are nothing [like] we have experienced ever.

“I would be interested to know who [are the] ‘we’ you are referring to‚ as this statement suggest otherwise to others.

“For me it is malicious‚ undermining and disrespectful to even have been said in this platform.

“It can be expanded further but I don’t want to go there‚” said Motshabi.

Asked to clarify his comments this week‚ Erasmus declined to comment and said he would refer the matter to his lawyers if TimesLIVE continued to ask him questions.

“I have no need to reply. If this continues‚ I will hand it to my lawyer‚ and who did you get my number from?” said Erasmus via WhatsApp.

NWC CEO HP Prinsloo‚ who was also copied in the e-mails‚ said: “I cannot speculate on what Mr Hannes Erasmus meant with his e-mail.”