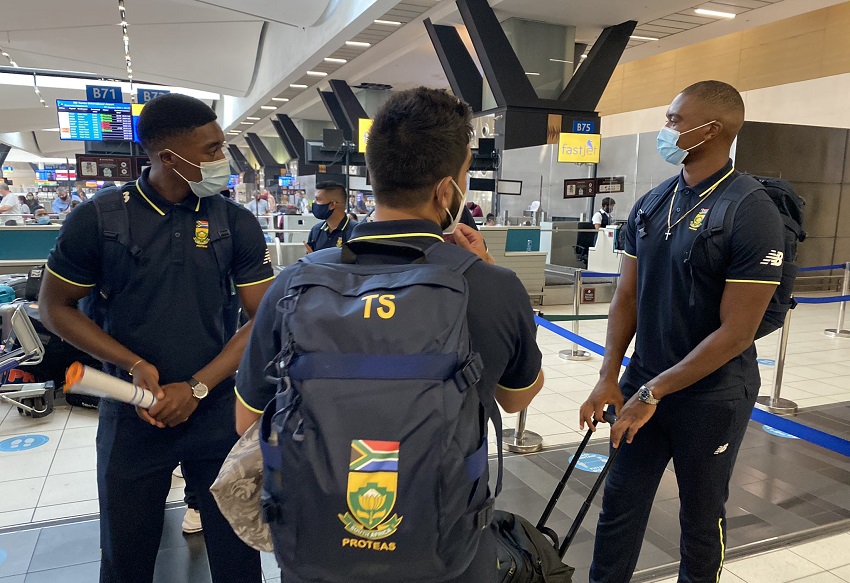 The Proteas have arrived in Pakistan for their historic two-Test, three-T20 series there.

South Africa start the first of two tests in Pakistan on January 26 as they return there for the first time since 2007.

Their absence followed a militant attack on the Sri Lanka team bus in Lahore in 2009 that killed six policemen and two civilians.

Before leaving the South Africas said they have faith in the security measures put in place for their tour of Pakistan.

“We’ve had our [security] guys go there and do a recce of the situation and they have said it is safe,” team director Mark Boucher said ahead of the team’s departure.

South Africa to play two Tests in Pakistan, the first Test will be played in Karachi from 26 January.#HarHaalMainCricket pic.twitter.com/NiyhbMUAzx

“So from my side there are no issues, we have to get back there and start playing cricket.”

Boucher made his test debut in Pakistan in 1997 and went on to play 147 times in a stellar career. He said the conditions will be more suited to his side than most subcontinent nations.

“It is tough but different to India and Sri Lanka, where it [the ball] turns. Pakistan is more conducive to fast bowling. Reverse swing was very big, though regulations are tighter these days on how you can work on the ball.

“They are historically flat wickets. The areas you score as a batsman are different. If you apply yourself there are a lot of runs out there.”