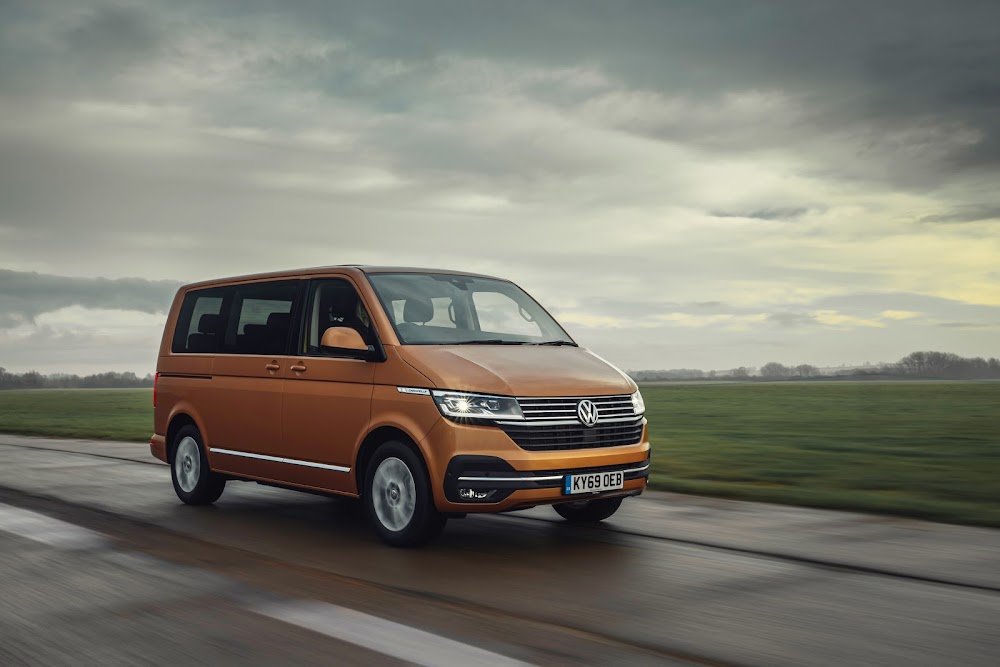 In 2015 the sixth generation (T6) Transporter range was launched by VW Commercial Vehicles and now it’s undergone a midlife facelift and technology tweaks. Called the T6.1, and due to go on local sale from January, the upgraded range comprises the Pick Up (Single and Double cab), Panel Van, Crew Bus, Kombi, Caravelle and California.

The cosmetic treatment sees the snout restyled with new headlights and a larger grille that blends more naturally with the new bumper. Along with LED daytime running lights, the headlights are also LEDs depending on the specification.

A number of new wheel designs, and new colours in single- and two-tone varieties round off the exterior updates.

Inside, the cabin adopts digitised flair and improved practicality. All T6.1 models have a Composition Colour radio system while the upmarket Caravelle and California have a fancier Discover Pro Media system with navigation. The Caravelle and California also acquire a digital instrument cluster which allows drivers to choose between different screen configurations.

Practicality-wise, an additional shelf provides extra clutter space for the driver and there’s a larger new smartphone tray that optionally has wireless charging.

Electro-mechanical power steering is a new feature that helps reduce fuel consumption and opens up access to new driver assistance systems, which transmits steering commands to the wheels more directly than the old hydraulic system for better agility.

Front-wheel drive and 4Motion four-wheel drive versions of the bus are available, and the latter come with an electronic differential lock (XDS) at the driven front wheels which reduces understeer during fast cornering.

An optional chassis control system allows the driver to set the desired level of suspension firmness using a slider control. The Caravelle I drove at the launch was equipped with this system, which in Comfort mode delivered a very plush ride, while in the Sport suspension setting it felt more nimble in the corners than its size and height would suggest.

Along with stability control, hill-start assist and automatic post-collision braking, a standard feature across the range is Crosswind Assist which automatically stabilises the vehicle in strong gusts by independently braking the wheels, and this is undetected by the driver.

Other model-specific driver assistance systems include hill-descent assist, tyre pressure monitor, lane assist and trailer assist which makes it easier to reverse with a caravan or boat hitched to the back. A reversing camera is also available as a standard or optional feature depending on derivative, as is a 360° bump-protection system that provides visual and audible warnings of any objects around the car.

A feature that many owners will find useful is Park Assist, a model-specific system offered for the first time on VW’s bus, which automatically steers the big vehicle into parking spaces.

Additional safety is provided by Rear Traffic Alert which warns of oncoming vehicles when reversing out of a parking space.

As before the three-tier line-up comprises the commercial range (Panel Van, Pick Up and five-seater Crew Bus), passenger carriers designed for private use (Caravelle and Kombi), and the camper version (California Coast), in a choice of short and long wheelbases.

The T6.1 Kombi, the best-seller in the range, is offered in two model lines: the Trendline and the top-of-the-range Trendline Plus.

The Caravelle is available as a Highline model with upmarket features like Nappa leather seats, a high end infotainment system and a centre table.

The California Coast is both a camper and a van, and its living and sleeping areas have been optimised.

The T6.1 range will launch with three 2.0l turbo diesel (TDI) engines. The standard version develops 81kW (up from the previous 75kW) and is paired with a five-speed manual transmission.

The middle model produces 110kW and 340Nm, paired with a seven-speed DSG gearbox. I drove the range-topping twin-turbo version which now produces an improved 146kW and 450Nm, and also comes with the seven-speed DSG. It’s a smooth and punchy unit at sea level which briskly picks up pace without turbo lag, and on the open road whisks along with little effort.

Recommended Retail Price as of September 1 2020

The Commercial Vehicles Pick Up, Panel Van and Crew Bus range has a three-year/60,000km service plan and two-year/unlimited km warranty.

The Kombi, Caravelle and California range has a five-year/60,000km maintenance plan and a three-year/120,000km  warranty.

FIRST DRIVE | Is the new 2020 Honda Ballade a worthy adversary to the Toyota Corolla and Mazda 3?

ANALYSIS: Why the Oxford AstraZeneca vaccine is now a global game changer