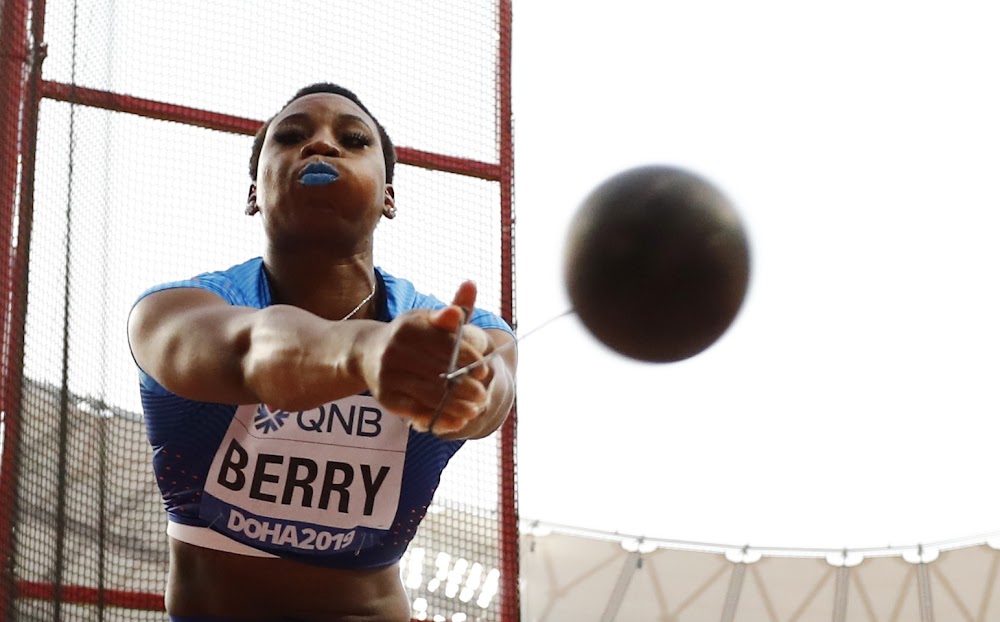 Hammer thrower Gwen Berry has demanded an apology from the United States Olympic and Paralympic Committee (USOPC) on Tuesday as the organisation addressed the protests against police brutality roiling the country.

In a letter to US athletes following the death of an unarmed black man George Floyd, in Minneapolis, USOPC chief executive Sarah Hirshland said she felt a "sense of despair" witnessing the tumultuous scenes of the last week.

"It has no place in ours or any other community.

"It is clear there are no forces as ugly, damaging and demeaning as racism and marginalization practiced by some of those in positions of authority.

"It played out in Minneapolis in the most tragic and unconscionable way imaginable. It is being felt intensely across the United States day after day."

Hirshland said the USOPC planned to hold an "athlete town hall" on Friday to give US athletes the chance to "listen to each other, learn from each other, and support each other."

"We can see that apathy and indifference are not solutions," Hirshland wrote.

"The USOPC stands with those who demand equality and we want to work in pursuit of that goal."

But the USOPC chief's comments rang hollow for hammer thrower Berry, who was given a dressing down by US officials last year for protesting during a medal ceremony at the Pan-American Games in Lima.

Berry, a member of the United States 2016 Olympic team, raised a clenched fist on the medal podium to protest racial injustice after winning gold in the hammer.

Berry was later given a reprimand by the USOPC for her protest and placed on probation for 12 months, with a warning she would face more severe punishment if she repeated the protest.

The International Olympic Committee (IOC) also warned in January that any athlete protesting on the podium at the now postponed Tokyo Olympic Games would face stiff punishment.

Responding to Hirshland's comments on Tuesday, Berry called for an apology.

I want an apology letter .. mailed .. just like you and the IOC MAILED ME WHEN YOU PUT ME ON PROBATION.. stop playing with me https://t.co/qCWGINHg8M

Berry has said the sanction cost her around $50,000 in lost sponsorship earnings.

In an interview with Sports Illustrated on Tuesday, Berry said she finally felt "understood."

"When I took my stance, it was at a time when things were happening, but nothing was being done," she said.

"When I took my stance, I was completely misunderstood. Now I feel like everyone feels how I felt."

You’re words are empty @USOPC_CEO. Less than a year ago you placed @MzBerryThrows under probation for peacefully demonstrating to bring positive attention to racial injustice. I’ll judge you by your actions not this PR statement. Apologize publically & do what is right! https://t.co/yxZUqNTTmb