Durban mom claims former employer fired her because she is black

Lesufi: 'We are turning our schools into mortuaries' 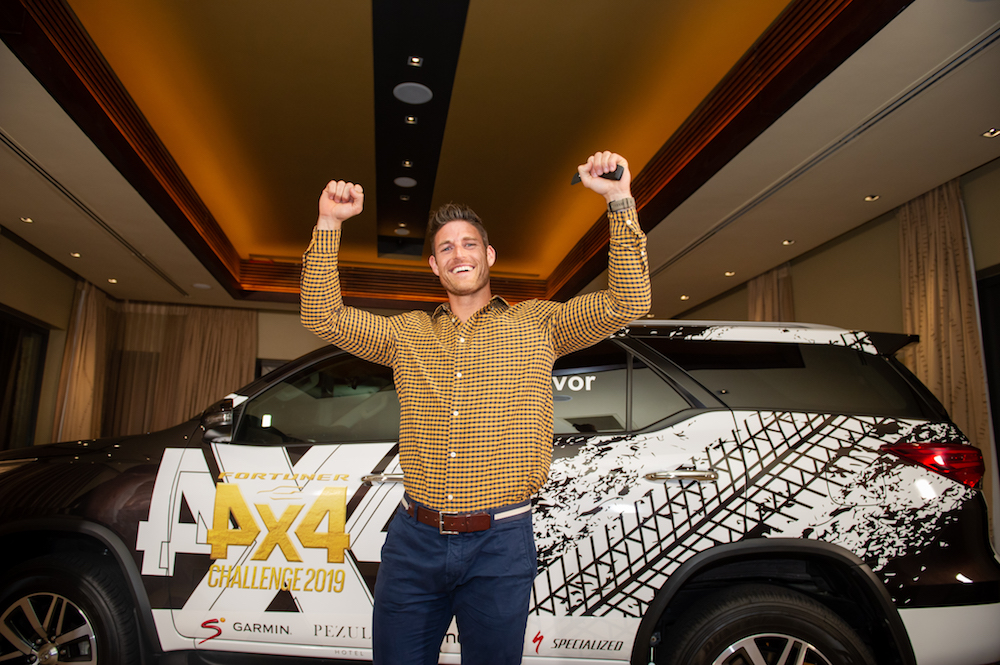 The crispy cold weather in Knysna added to the perfect start of day two. The first challenge for contestants and their celebrity partners in the Toyota Fortuner 4x4 Challenge was another timed trail-run high up on the mountains against a spectacular backdrop of the Indian Ocean. Using the wrist-mounted Garmin navigation systems provided for the teams proved crucial in tracking the correct path.

It was a good start to the day for team Michelle Meyer and Giniel de Villiers who set off third on the list but passed the finish line first. They looked set to claw back some lost ground to the pairing of Olympic swimmer Kirsten McDonald and Trevor Lagerwey who dominated proceedings on day one.

The second challenge set out to test the participants’ physical and mental fortitude was the cycling challenge. One member of the team was required to cycle on a track while the partner shouted out navigational instructions from a set route. That’s not all. Once the team passed the finish line they had to correctly answer a vehicle-related Q&A session. Taking the wrong path and would have meant game over for the teams. In this heat, speed was key.

Team Lagerwey and McDonald walked all over this one, which added to their already impressive points haul.

While the cool weather had been playing along to the competitors’ satisfaction for the challenges thus far, the next demanding challenge threatened to dampen their optimism.

They were first required to use their Garmin navigation devices to locate pieces of equipment that had been scattered around for the test, gather them and build a raft to paddle across a small dam to reach the finish line. The building and rowing skills of team Meyer and De Villiers saw them take the honours in this challenge.

For the penultimate challenge it was the turn of the indomitable Toyota Fortuners to join in the fun. Once more the next challenge required team participation and while one unit of a team sat behind the wheel of the seven-seater SUV blind-folded, the other had to be outside the vehicle navigating the driver past a gymkhana laid out on the ground. The winners of this task were Jacob Maboja, who was partnered with Nkateko "Tekkies" Dinwiddy.

The final challenge that brought the fourth edition of the Toyota #Fortuner4x4Challenge to a close, had competitors and spectators alike descend on a farm and take up arms – literally – to prove who was the best marksman among them. As bright orange skeets were shot off into the air, the contestant with the best aim was Michelle Meyer.

In the end though, and due to points accumulated over the two days, Trevor Lagerwey was declared the overall winner of 2019 Toyota Fortuner 4x4 Challenge. He walks away with a heap of rewards that include the grand prize of a brand-new Toyota Fortuner 2.4.

This article was paid for by Toyota SA.

Shock as Peter Mathebula dies: 'The legend has gone‚ long live the legend'

If you bought a lottery ticket in Boksburg this year, you could be R13.8m richer

It's ka-ching for KZN's south coast after bumper festive season

The world's 2,153 billionaires are richer than 4.6bn people, says Oxfam

SANParks hits back at claims on Rhodes dam drownings, muggings by ex-employee

Adele to release new music in 2020