Sydney Olympics U-23 captain Booth: 'Coach Shakes understood all of us' 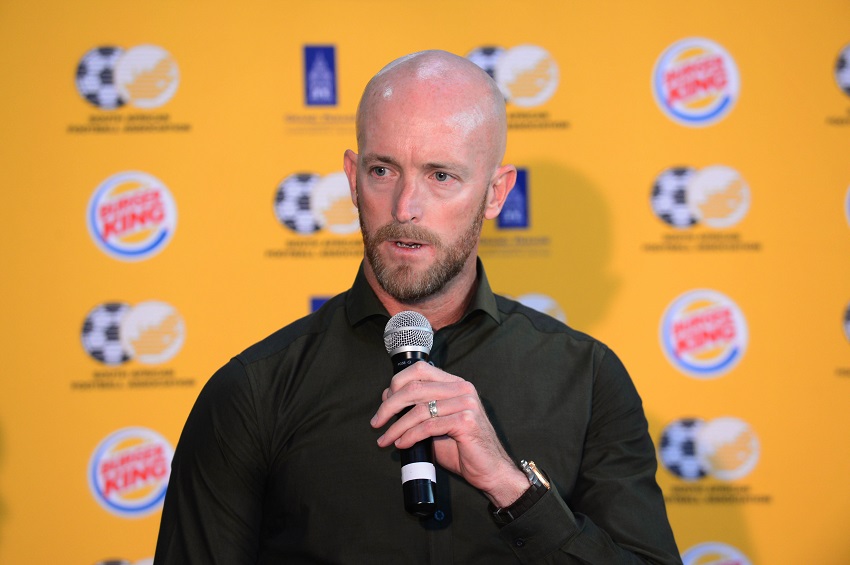 Former South Africa Under-23 captain Matthew Booth says for junior teams to have a chance of succeeding at international tournaments‚ the SA Football Association (Safa) must ensure that players and coaches stay together for at least five to six years.

Booth‚ who captained U-20 side that was the first South African football team to qualify for the World Cup in 1997 in Malaysia and the U-23s at the 2000 Sydney Olympics‚ said successful teams stay together for long to create a bond between players and coaches.

Speaking on the 20th anniversary of the U-23s’ qualification to the first Olympics this week‚ Booth said their win over New Zealand in a play-off match to book a ticket to Sydney was a culmination of six years of work under coach Ephraim “Shakes” Mashaba.

“Safa must come with a vision‚ similar to the one they signed off with when we tried to qualify for the Olympics. The most important thing is that we had six years building up to Vision 2000 and many of us had opportunities after the Olympics to go to better clubs locally or overseas‚” Booth said.

“There are national teams who have qualified for Olympics since then but the six-year plan that Safa signed off with hasn’t been replicated since.

“All successful teams need time together and with us we started with the U-20s and qualified for the African Youth Championships where we finished second in Morocco in 1997. We then qualified for the World Cup U20 in Malaysia.

“Those kinds of experiences build the team and this needs to be replicated again. There must be some kind of plan put in place or a vision and that hasn’t been done since then. We had spent so much time together and that has never been replicated again at Safa and I cannot understand why.”

Booth said the camaraderie in the U-23 team was similar to that of Bafana Bafana when they won the Africa Cup of Nations in 1996 because players trusted each other and they wanted to play for Mashaba.

“The atmosphere in our team was similar to Bafana in 1996 when they won the Cup of Nations. We really wanted to play for Shakes Mashaba who had been with us for a very long time and we also wanted to do well for ourselves.

“Coach Shakes understood all of us and he gave us the leeway to enjoy ourselves in camp. There were certain stages during qualification where Safa made it difficult for us to qualify but we kept on pushing and finally we did it.

“That’s why there was such outpouring of emotions when we won against New Zealand‚ knowing that the goal of qualification has been achieved.”

Booth said it is unfortunate that some of the players in that U-23 team didn’t go on to become Bafana regulars.

“A few of the players never kicked on but the dynamic of that squad was perfect. Few of us progressed to Bafana Bafana – I think only five or six became regulars for the senior national team.

“In hindsight when you look back at the moments‚ there were certain things that we could have done better.”