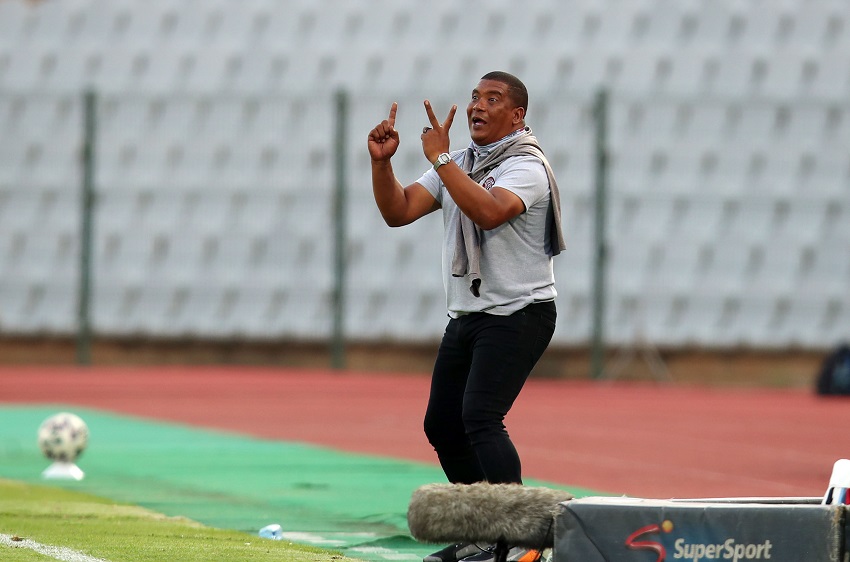 Surprise package Swallows FC’s credentials as DStv Premiership dark horses will be put to the test when they face champions Mamelodi Sundowns in a highly anticipated top of the-table match at Lucas Masterpieces Moripe Stadium on Saturday.

Little separates the Brazilians and the Birds on the standings as they are tied on 26 points after 12 matches and share an identical run of results, having both won seven and drawn five so far this season.

Sundowns‚ who have failed to score in drawn matches against SuperSport United and Bloemfontein Celtic‚ remain perched at the top of the log but this is due to a superior goal difference.

Second-placed Swallows missed out on an opportunity to knock the leaders off the top spot after drew 1-1 against Chippa United on Wednesday.

Birds’ coach Brandon Truter is worried they now have to turn their attention to the Premiership leaders just days after playing against Chippa.

“We have 48 hours until our next game but we have to get ready. We have to be prepared mentally and physically because that’s what is going to count‚” said Truter, who has masterminded Swallows’ highly impressive start to the season on their return to the PSL.

“It’s a tough ask to go into Saturday’s game with opponents who have rested an extra day [Sundowns drew their midweek match 0-0 against Bloemfontein Celtic on Tuesday].

“We struggled to put our best XI on the park against Chippa‚ but the players are looking forward to the match against Sundowns because we are fighters. They have a good mentality and hopefully we will see fireworks on the day.”

Truter said he was disappointed by the points dropped against Chippa at home but not with the performance of his players.

“I am very‚ very disappointed with the result‚ the fact that we conceded and didn’t score the extra goal‚” he said.

“We scored an early goal but I think we took our foot off the pedal a bit. It is also the accumulation of fatigue and tiredness.

“We take the point because we remain undefeated but looking at our next opponent‚ you would have wanted to get all three points against Chippa. But it was not to be.”

Truter missed Lebohang Mokoena against Chippa due to injury and is hoping  his influential captain responds to treatment to take his place in the starting line-up or at least make the bench.

“Sammy Seabi came in for Lebo and did very well‚ but the captain has that X-factor because he doesn’t panic much and knows how to manage the game.

“He has been around the block long enough and it will be a welcome return if he is ready to play on Saturday. We are working around the clock to get everybody ready for our next game.”