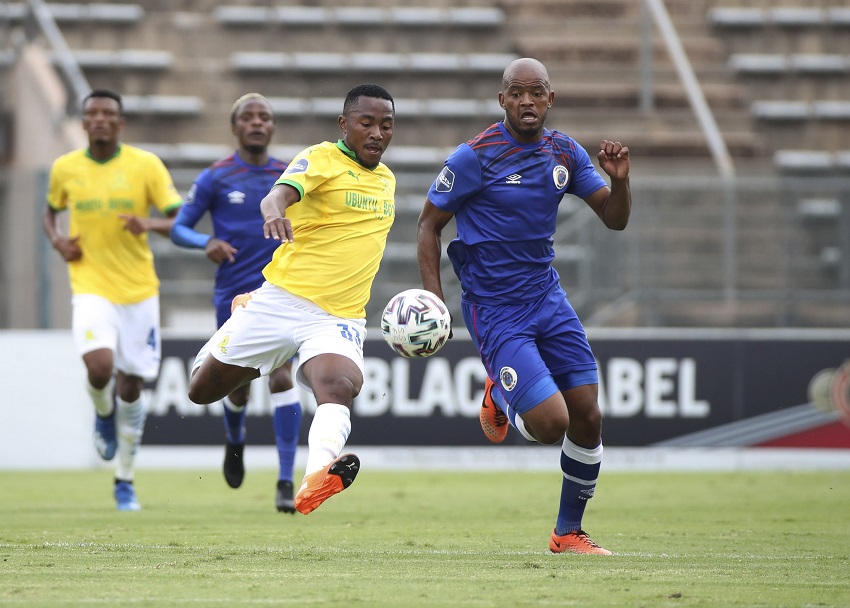 The Tshwane derby between SuperSport United and Mamelodi Sundowns over-promised but unfortunately under-delivered‚ ending in a 0-0 draw at Lucas Moripe Stadium.

Billed as a top-of-the-table clash between Pretoria rivals separated by two points at the top of the DStv Premiership standings‚ it fizzled out as a largely uninspiring share of the spoils.

There were not too many goal-scoring opportunities‚ rendering goalkeepers Ronwen Williams and Denis Onyango largely spectators for the better of the afternoon.

Both teams went into the clash on a good run of form having won their last two league matches and also boasting the hottest attackers in the league in the form of Bradley Grobler and Themba Zwane.

Grobler‚ who was honoured before the match for having achieved the milestone of being their all-time leading scorer‚ is sitting top of the scoring charts with 10 goals and he closely followed by Zwane with eight goals.

United coach Kaitano Tembo and Sundowns’ co-coaching trio of Manqoba Mngqithi‚ Steve Komphela and Rulani Mokwena will see this result as two points dropped rather than one gained because they played in familiar conditions of a venue they both call home.

Both teams will look to put this mediocre performance behind them and look ahead to their next matches as Sundowns prepare to host Bloemfontein Celtic on Tuesday. United will be welcoming AmaZulu the following day at this Atterideville venue.

Tembo started the game with a youthful defence made up of untested Keenan Phillips (20)‚ Luke Fleurs (20) and Thatayaone Ditlhokwe (22) alongside veteran Onismor Bhasera and they returned a solid performance.

It was an interesting take by Tembo considering that he had vastly experienced Bongani Khumalo‚ Grant Kekana and young but more experienced Jamie Webber on the bench against the dangerous Sundowns attack.

For Sundowns‚ Mosa Lebusa‚ George Maluleka‚ Tebogo Langerman and Gaston Sirino were given opportunities in the starting line-up as the co-coaches opted for experience. Langerman replaced Lyle Lakay‚ Lebusa took the place of Ricardo Nascimento‚ Maluleka was in for Andile Jali‚ while Sirino replaced Aubrey Modiba against his former team.

Also in Sundowns’ starting line-up were the likes of Denis Onyango‚ Thapelo Morena‚ Lebohang Maboe‚ and the inspirational Zwane but their experience could not help their team to the much-needed three points.

The match was temporarily stopped after 16 minutes to allow medical personnel from both teams to attend to Mothobi Mvala and Teboho Mokoena‚ who spilled blood on the pitch after a nasty clash of heads while challenging for an aerial ball.

The effects of that clash of heads took its toll on Mokoena as he was forced to leave the field and went straight to the dressing for further medical checks a few minutes after the incident.

Mokoena was a key component of the United midfield with Sipho Mbule‚ and had to be replaced by the defence-minded Siyabonga Nhlapo to slot into SuperSport’s deep midfield.

Both teams had their chances on attack in the early exchanges‚ with Zwane‚ Peter Shalulile‚ Maboe and Sirino on the forefront for Sundowns‚ but unable to find the opening.

It was the same with the United attacking trio of Grobler‚ Thamsanqa Gabuza and Ghampani Lungi who could not trouble Onyango on the occasions they found themselves pressing forward.

Minutes after the break‚ United players in the congested Sundowns box appealed for a hand ball after Mbule’s well-taken corner kick struck the right hand of Shalulile‚ but referee Victor Gomes waved play-on.

Sundowns missed an opportunity of taking the lead after 54 minutes when SuperSport goalkeeper Ronwen Willians moved off his line to close the angle for advancing Zwane who received the ball from Mvala.

Moments later Grobler was denied by Sundowns’ Onyango from point-blank range and a few more notable chances came in the closing stages from the home side but they still could not find the opener.

Sundowns also tried their best to force a late goal in the closing stages to pull further way at the top of the pile but they could not find their way past Williams‚ who had a good game between the sticks for United.

As a result‚ Sundowns remain top of the standings with United second but their positions are threatened by Swallows FC‚ who had a date with Baroka FC in the later kickoff at the Peter Mokaba Stadium in Polokwane.