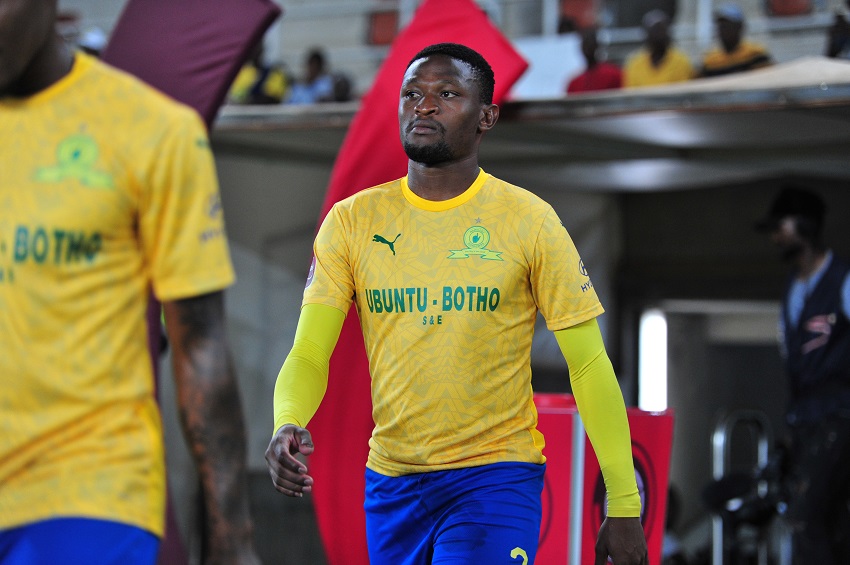 Mamelodi Sundowns have announced that the family of defender Motjeka “Ace” Madisha met with pathologists on Monday to establish if the person who died in a horrific car crash while behind the wheel of the vehicle in Kempton Park in the early hours of Sunday morning was indeed their son.

The 25-year-old from Ga-Madisha village in Zebediela in Limpopo reportedly died when the vehicle he was travelling in crashed into a steel pole in wet conditions and burst into flames near Kempton Park.

The accident happened just after midnight and Madisha’s sports car caught fire on Zuurfontein road near Sundowns' training base in Chloorkop.

It is not clear whether Madisha was driving the vehicle at the time of the accident as one person was thrown out while the other one was trapped inside the burning car.

The passenger who was ejected from the vehicle also suffered fatal burn wounds.

The family of Mamelodi Sundowns defender Motjeka “Ace” Madisha met with the pathologists early this morning to establish if the person who passed away in a car crash, late this past Saturday night on 12 December 2020, is indeed their son. pic.twitter.com/yScjaI5r4o

“The nature of the horrific car crash that took place on the Zuurfontein Road near Chloorkop requires that all processes be followed by the necessary authorities with relevant expertise to confirm the identity of the driver,” said Sundowns.

“The Madisha family requests privacy and the relevant protocols be followed during this difficult period of uncertainty.

“Mamelodi Sundowns will communicate further details after consultation with the Madisha family once the DNA test results have been released.”

Rescuers told TimesLIVE on Sunday that the vehicle was engulfed in a ball of fire when they arrived at the scene.

This media realease lacks sense of responsibility, I understand protocols but you taking it too far.

On other hand you are requesting for postment .on what basis if you dont believe its Madisha?

“On arrival [at the scene] the vehicle was still burning‚ but we managed to contain the blaze and extinguished it‚” City of Ekurhuleni disaster and emergency management services spokesperson William Ntladi said.

“And then following information that there was still somebody trapped inside [the vehicle]‚ we then did search and rescue [but] could not distinguish whether it was a male or female inside‚ given the state of the body inside the vehicle.

“There was another person lying outside next to the vehicle‚ [who] also sustained critical burn wounds on the upper body.

But okay if you are waiting for DNA, who is speculated it's Madisha? Akere the emergency services said they couldn't identify the burnt bodies and it was Sundowns players who arrived at the scene moments later to confirm that it's their colleagues car? Come on

“These two occupants [found] at the scene were declared dead by paramedics.”

Sundowns have faced immense criticism since Sunday as they have not sent an official statement acknowledging or confirming Madisha's death.