New VW Polo Vivo Mswenko Review - Is "The Swag" Worth It? 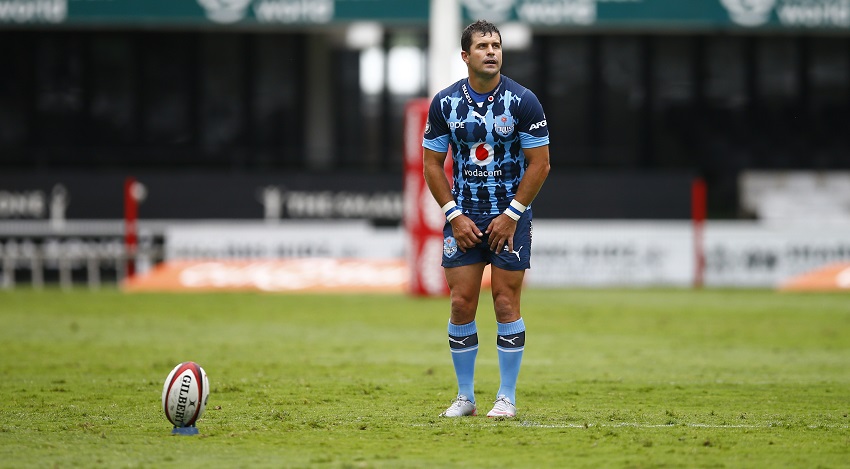 Experienced Bulls flyhalf Morné Steyn has implored the younger players to avoid being overwhelmed by the big occasion when they take on the Lions in the semifinals of the Currie Cup at Loftus Versfeld on Saturday (2pm).

Steyn and the likes of Cornal Hendricks‚ captain Duane Vermeulen‚ Trevor Nyakane and Lizo Gqoboka will lead a youthful Bulls side as they bid for a place in the final against either Western Province or the Sharks.

“I think a lot of the guys who are playing on Saturday haven’t played in a semifinal before‚ so it’s a big day for a lot of them‚” said Steyn. “I know that everyone is ready after what has been a long season‚ they must just take it as another game and enjoy the moment.

“We have told them to go out there and do what they have done the whole season‚ that’s been part of our build-up towards the game the whole week.

“It is important to train the same way and do the same things. We actually told the guys last week already that though it is the semifinals‚ we don’t have to change anything in our preparations. We just go on as we have done the whole season because that’s what got us to the semifinals‚ and maybe it will pull us through.

“It is also about keeping calm and just enjoying the moment because when the week is finished‚ the semifinals will be finished. They must just go out there to enjoy and embrace it.”

Steyn is part of the squad that was announced by coach Jake White on Thursday afternoon which sees Stravino Jacobs retains his spot on the left wing with David Kriel returning to full-back as part of the revamped backline.

Cornal Hendricks and Stedman Gans resume their successful partnership in the midfield and Kurt-Lee Arendse will continue his attacking form on the right wing‚ while Ivan van Zyl and Steyn continue with their halfback pairing.

Among the forwards‚ skipper Vermeulen will be in charge of the back of the scrum alongside Elrigh Louw and Marco van Staden as blindside and open side flanks respectively.

Sintu Manjezi has been named at No 4 lock with Ruan Nortje continuing as line-out co-ordinator. Schalk Erasmus will have the confidence of knowing that his role at hooker will be aided by two Springbok props in Lizo Gqoboka and Trevor Nyakane.

“We have reached the business end of the Currie Cup and I must commend our entire squad on getting us to this point. Every player in our ranks has contributed to our cause with enthusiasm and a never-say-die attitude‚” said White.

“Focusing on this weekend has been in our minds for the past two weeks and we have done all we can in terms of preparation. We know how to win and we have to do just that against a team that has pushed us each time we've played them‚” White concluded.

We Asked A Therapist How To Stop People-Pleasing

The Real Housewives of Durban | Episode 5 | Exclusive to Showmax