Business rescue practitioners called to appear before MPs over SAA 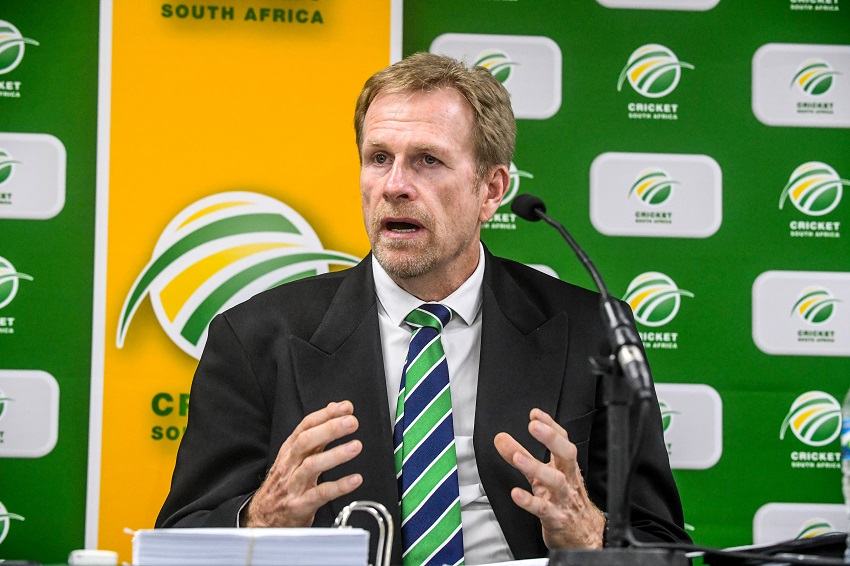 The South African Cricketers’ Association (Saca) will meet on Friday with the possibility of all the players going on strike high on the agenda.

Saca represents all professional men and women cricketers in the country and a strike would have devastating consequences on the money-spinning incoming England tour later this month.

Relations between Saca and Cricket South Africa (CSA) have plunged to icy depths over the restructuring of the domestic game‚ a matter that is now sitting with the South Gauteng High Court.

Saca chief executive officer Tony Irish said the deteriorating relationship between the two parties has led to the need to discuss the possibility of a strike.

“Saca has called a meeting of its players executive committee and its management board and at this meeting we will again be discussing the manner in which Saca and the players are being treated by CSA.

"This discussion is likely to include the possibility of the players taking some form of industrial or protest action‚” Irish said.

Saca recently lodged a dispute with CSA over unpaid commercial fees from last year's Mzansi Super League and now‚ they have sent the embattled organisation a letter to address a demand in relation to the unlawful use of player commercial rights in the ongoing MSL 2.0.

“Saca has always considered a strike and other similar forms of industrial action to be a very last resort‚" Irish continued.

"In Saca’s 17 years of dealing with CSA‚ to date not one day of cricket has ever been lost to industrial action.

"However‚ things have now reached a stage where we must ask what Saca‚ and the players‚ are expected to do when the leadership of CSA‚ both operationally and on its Board‚ continues to ignore our legitimate concerns and refuses to acknowledge the players as key stakeholders in the game.”

Saca are accusing CSA of 'having used‚ and allowed the use of‚ the names and images of players in association with a fantasy league game related to the MSL without any rights to do so'.

Irish said they informed CSA repeatedly that it is illegal to do so as it raises red flags from a betting perspective.

“Unfortunately Saca has again had to commence a formal process against CSA in respect of yet another situation in which the commercial rights of players in the MSL have been ignored.

"The situation has continued despite our concerns raised on repeated occasions‚ leaving us little option but to take formal steps‚” Irish said.

“Saca has also as a precaution‚ requested CSA to obtain clearance from its anti-corruption unit to ensure that this use of players in a pay-to-play game does not in any way constitute an association of the players with gambling‚ or encouragement of betting practices‚ which are not permitted under CSA’s anti-corruption code.

"As far as we know this request has been ignored by CSA.”

“This is yet another instance‚ in a growing line of instances‚ where CSA has flagrantly disregarded our agreements and over the last week or so‚ failed to address Saca’s resulting concerns‚" he said.

"We now feel that enough is enough.”

CSA spokesperson Thami Mthembu confirmed that they had received the letter and would engage with Saca.

“CSA has received a letter from Saca and CSA is studying the contents of the letter.

"We will engage Saca in relation to attempting to resolve this matter‚” Mthembu said.

Racquet-kicking Naomi Osaka admits she was 'a bit childish'

Proteas slump to innings and 53 run defeat to England

Proteas struggle with the bat against England