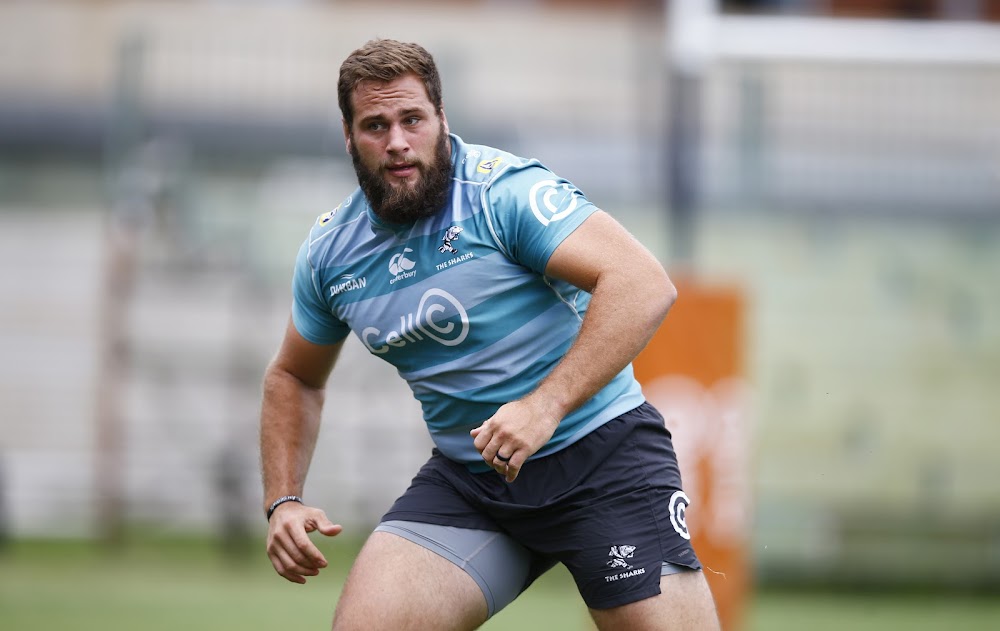 Just as Western Province lost a scrumming strongman‚ the Sharks gained one in the formidable shape of Thomas du Toit for Saturday's Currie Cup semifinal at Newlands.

Du Toit's inclusion is one of five changes to the side that beat Griquas at the start of the month. Coach Sean Everitt was able to select from a full squad‚ partly made possible by specific players observing Covid-19 protocols in the fortnight leading up to the clash.

While Du Toit's tank-like physique will help give the Sharks much-needed grunt in the middle of the park‚ the return of fellow Springbok S'bu Nkosi on the wing will give them a muscular and industrious presence on the periphery.

Nkosi replaces the equally energetic Werner Kok‚ Marius Louw takes over from Jeremy Ward at inside centre‚ while Sanele Nohamba is back at scrumhalf at the expense of Jaden Hendrikse.

In the other change in the pack hard man Henco Venter is in for tireless toiler Thembelani Bholi.

Captain Lukhanyo Am was thankful his team had adequate time to get into gear for the semifinal. “The delay was a blessing in disguise‚ giving teams longer to prepare and to sharpen up on the issues that needed to be improved upon.

“With the group we have that’s been together for a long time‚ missing a week isn’t something that we feel will bite us. It happens in-season anyway‚ I still believe it came at the perfect time.”

Though Western Province will be without the sturdy presence of loose head Steven Kitshoff‚ they will still pose a considerable challenge to the Sharks' pack.

“We know what Western Province’s strengths are in terms of set-piece dominance — they’ve proven it throughout the comp‚ so from our side we’ve been working to strengthen any parts we feel need working on.

“If we’re able to get our own set piece going and challenge them on theirs‚ I think it will be a very exciting game to watch.”