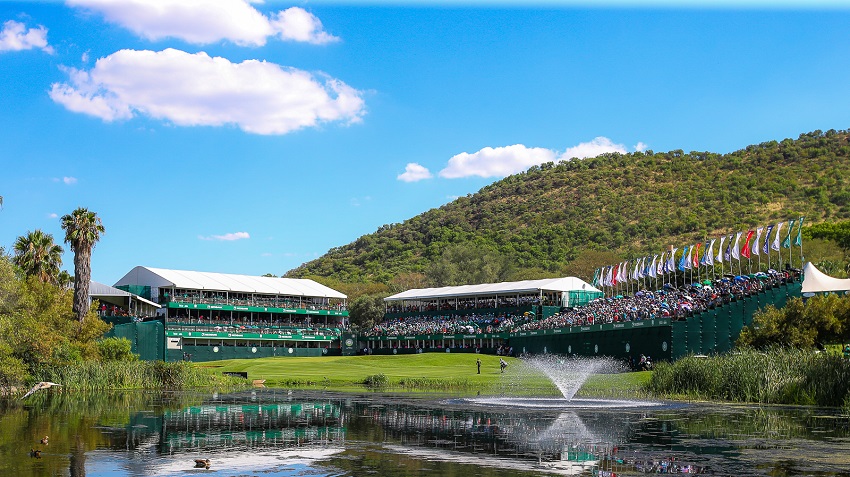 The South African Open has shifted venues, with this year's 110th edition set to be played outside Gauteng for the first time since 2010.

The tournament moves to the Gary Player Country Club at Sun City in the North West from December 3-6.

In essence, it more or less takes over the slot occupied by the Nedbank Golf Challenge with the precinct and sponsor giving it a familiar ring.

The tournament will be different to the NGC‚ however‚ with a larger field‚ no frenzied spectators and course alteration helping create a mini make-over. For this year's tournament, the back nine will be played first‚ which means the picturesque but daunting par-five ninth will be the closing hole.

“It is creating a differentiator between the other tournaments that have been held at Sun City. That was the biggest consideration‚” said Sunshine Tour commissioner Thomas Abt.

“The numbers that can happen on that hole - from a three to a seven - can happen quickly. It brings the Sunday to a fitting close. Even if you play it conservatively, you could still make a seven‚” warned Abt.

The one positive that lockdown has brought to the course is the drastic reduction in traffic on its fairways and greens, giving it time to flourish.

“The Gary Player Country Club is in pristine condition as a combination of being well-prepared for the NGC before we had to cancel this year’s event‚ and the lack of significant traffic as a result of the lockdown‚” said Anthony Leeming, CE  of Sun International. “So we are confident this year’s field will encounter a golf course in excellent condition and very much worthy of this great championship.”

The SA Open‚ with prize money of R19.5m,  will complete a three-week run of tournaments‚ including the Joburg Open and the Alfred Dunhill Championship that are co-sanctioned by the Sunshine Tour and the European Tour.

Though no spectators or media will be allowed, the Sunshine Tour believes they can bring the events front of mind.

They will have less of a challenge convincing players that they need to stay in their bio-bubble.

“If any of the protocols are broken by the players, they are automatically disqualified. Only one player has been disqualified for that reason across the European Tour events‚” said Abt.

The organisers aren't able yet to reveal the strength of the field, but at least one former champion has given this year's tournament the thumbs up.

“We have engaged with some of our past champions. We have no confirmations yet‚ except for our champion from 2017, Brandon Stone. He will be coming to play all three tournaments‚” said Abt.