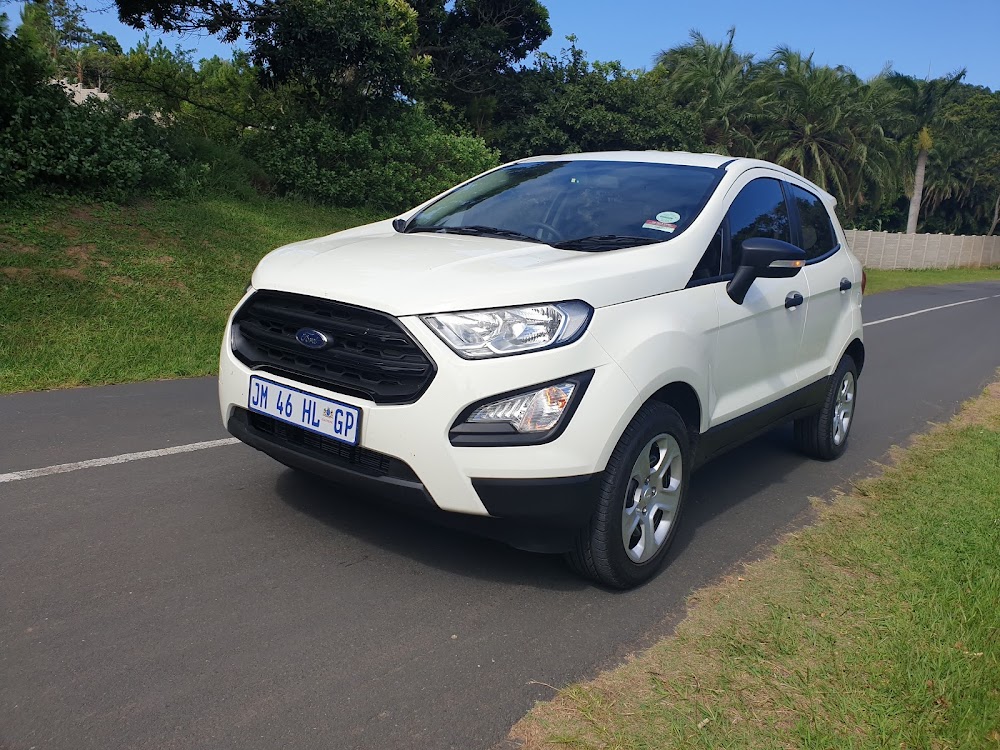 In the automotive world nothing proves the adage about the early bird getting the worm better than the Ford EcoSport.

The blue oval was an early adopter in the compact crossover market, seeing the wind was blowing in the direction of trendy front-wheel drive vehicles with raised ride heights, and launched the EcoSport here back in 2013. The Fiesta-based crossover has gone on to become a success story with more than 60,000 sales to date and it’s consistently ranked SA’s most popular compact SUV in a burgeoning segment.

A flurry of newcomers including the VW T-Cross, Toyota C-HR, Peugeot 2008 and many others have more recently arrived to cash in on the trend, but so far none has knocked the ageing Ford off its perch.

Last year it was SA’s tenth best-selling passenger car range overall and the top compact SUV with 7,255 units, with the T-Cross the next most popular segment performer on 5,693 sales.

It’s been a few years since we last drove an EcoSport, and this revisit aimed to gauge what continues to make the long-running Ford so popular in the face of newer and more modern rivals.

The car on test is the best-selling EcoSport, the entry-level 1.5 Ambiente. It’s the more commuting-friendly six-speed automatic version, with the car also available in six-speed manual guise.

One of the keys to the car’s success, we believe, is that its styling has aged well. After a cosmetic nip 'n tuck in 2018, the eight-year-old EcoSport still looks fresh and fashionable. With its black grille and pumped-out fenders, even this entry-level model has plenty of young-at-heart swagger even though it wears hubcap-clad steel wheels instead of alloys.

The baseline Ambiente retains an old-fashioned audio system with a tiny, nontouch screen. It looks rather last decade compared to today’s modern tablet-sized touchscreens, but it does have decent functionality with Bluetooth and voice control, steering wheel audio controls and a pair of USB ports for connecting smartphones.

There’s not a soft-touch panel to be seen in the Ambiente’s interior; it’s all hard and scratchy plastic, and together with the functional cloth seats and monochromatic onboard computer display, it’s a car that seems purpose-built for Avis fleets. The upshot of this rental-spec cabin is a competitive R316,300 price tag which no doubt plays a key role in the car’s popularity given that some rivals cost more than R400k.

The cabin vibe is about as appealing as a dentist’s waiting room, and at this price you’re not getting features like automatic headlights and rain-sensing wipers. But the car doesn’t completely skimp on spec, offering standard items like aircon, remote central locking, ABS brakes, stability control and six airbags. There are reversing sensors to assist manoeuvring in parking lots, instead of a rear camera; it further underlines that functionality trumps dazzle in this car.

Interior room is pretty good, and four adults can sit inside without having their legs squashed.

Boot space is quite decent too at 333l, aided by the full-sized spare wheel being mounted on the tailgate — a feature that adds to the car’s adventurous styling flair. The side-hinged luggage door can be impractical in confined parking spaces, though.

In terms of performance the 1.5 petrol version feels perky in both urban and open road driving but it’s a vocal engine, sounding somewhat frantic when kickdowns send the revs soaring.

The 2018 update saw improvements to reduce noise, vibration and harshness (NVH) levels in the cabin, complemented by new suspension bushes and tyres for enhanced refinement and comfort, but it makes a reasonable amount of road noise and some of the EcoSport’s newer rivals have superior refinement.

The ride is fairly good but we’ve experienced better, and it feels quite fidgety on bumpy roads.

All versions are front-wheel driven but in theory have some respectable gravel road ability due to a generous 206mm ground clearance.

Keen pricing, appealing styling and good practicality continue to serve this segment leader well, and it’s been around for such a long time that it tends to be top of mind for many buyers in this league.

The 1.5l EcoSport Ambiente offers an affordable entry point into Ford’s SUV family even though its refinement lags behind more modern contenders. The plasticky cabin and low-tech look of the baseline Ambiente don’t do it any favours, but snazzier interiors are available in the higher-spec EcoSport models, the Trend and Titanium, at prices that still offer good value.

VERDICT: A competent crossover for those on a budget

Subaru to suspend production in Indiana on chip shortage