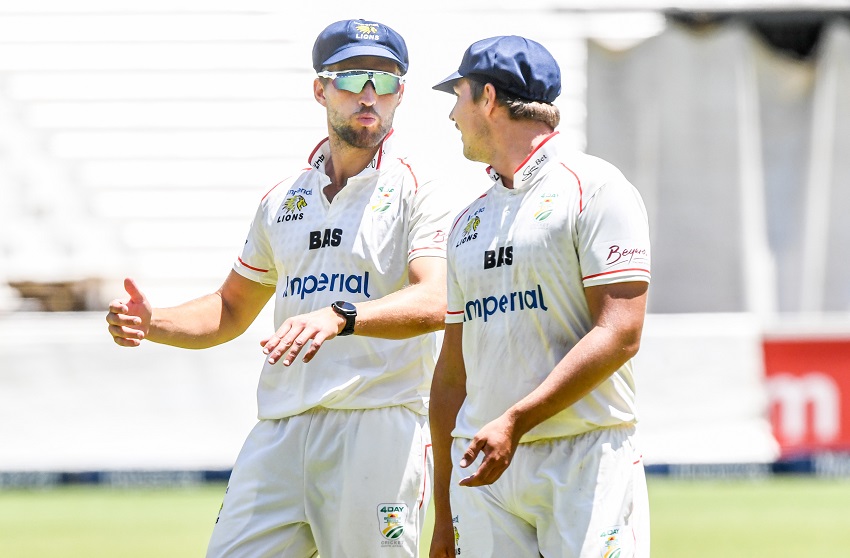 The Lions won one of the most extraordinary matches in the history of franchise cricket against the Knights at the Wanderers on Thursday.

They staged a remarkable comeback to win by four wickets after chasing down a record winning target of 334 on the final day of their CSA domestic four-day match at the Bullring.

It was the highest successful run chase in a first-class match at the ground, beating Australia's 310/8 in the 2011/12 season.

The win was built on the back of a magnificent opening stand of 256 between Josh Richards (136) and captain Dominic Hendricks (119), who occupied the crease for 62.2 overs before the latter departed.

Soon after, however, Hendricks chased a wide one off Andrew Rasemane to the keeper and the same bowler struck soon after when he trapped Richards lbw with the total on 261.

Their partnership was near flawless but they did present the visitors the odd chance, like when Hendricks offered Knights skipper Shaun von Berg a tricky one-handed catch at slip.

While the pair batted with burgeoning authority, the bowlers did themselves few favours. In fact‚ some of the bowling was distinctly ordinary, with Mbulelo Budaza in particular varying in line and length.

The Knights did make some inroads into the Lions' middle order, but by then the horse had bolted.

What made the Lions victory perhaps more remarkable is the fact that they were missing eight internationals who are in a bio-bubble with the Proteas.

They were undaunted after the Knights dominated the first two days. The visitors scored 300‚ bowled out the Lions for 202 and had reached 111/1 at stumps on the second day.

The Lions effectively won the next four sessions to swing the match decisively in their favour by lunch on the fourth day.

“I didn't even know about the records‚” said Hendricks. “It was not something that we were worrying about. I'm just really happy Josh got a hundred. He got a couple of 80s for us so it was good to see him go on‚” said the captain.

“Obviously our first innings wasn't what we were hoping for‚” Richards reflected on the Lions' below-par first knock.

“To get this kind of personal achievement is great but it is even better that it helped us turn things around for the team‚” said Richards.