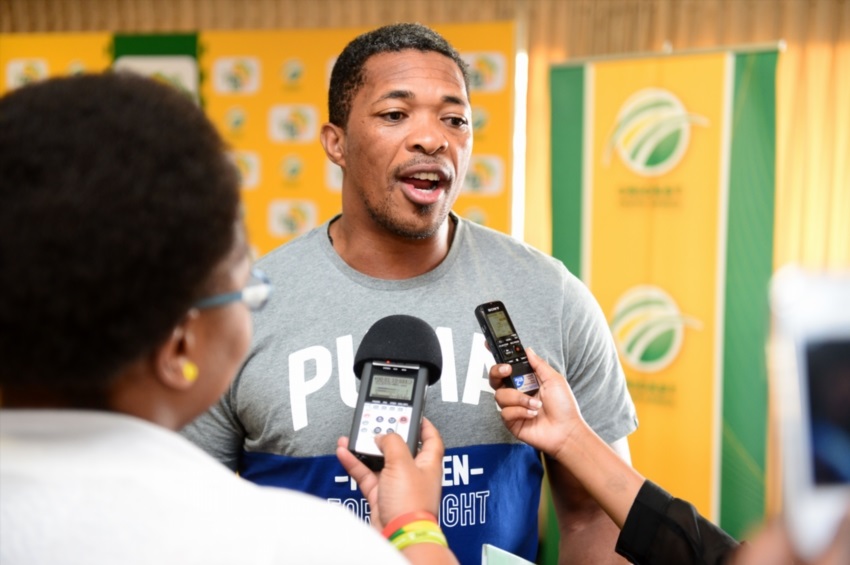 Former Proteas bowler Makhaya Ntini's candid interview about his experience with racism throughout his cricket career has angered many South Africans on social media, sparking calls for a change in mindsets.

On Friday morning, Ntini told the SABC about how he was allegedly sidelined by white players and forced to counsel himself quietly. He said speaking up was never an option as he could have been labelled “bitter” and ungrateful.

He said he felt lonely.

“The first thing comes to loneliness is not to have someone knocking on your door to say 'let's go for dinner.' That is loneliness on its own. You would watch friends calling each other and having plans made right in front of you and you'd be skipped.”

He said he used to run to the stadium from the hotels because his teammates never wanted to sit with him. He said if he sat at the back, they moved to the front.

“We wore the same clothes and sang the national anthem. Those things, I had to find ways to overcome them.”

This is what people had to say:

Painful to watch Makhaya Ntini detail the racism he experienced in the Proteas team. He used to run to the stadium & back to the hotel avoid being lonely in the team bus. He says other players wouldn't sit with him during meals. South Africa breeds the worst racists! You feel it!

Things that do not exist in SA

Oh but go ahead & post your MandelaDay nton' nton🤡🤡🤡

That Makhaya Ntini interview got me shedding a tear. They tried everything to break his spirit through his career and he always rose above it and broke records at the highest level. In my eyes that man will forever be a legend. Inspired us so much as kids who loved cricket. 💔

So some of Makhaya Ntini's teammates were pretending.... Yoh all those high 5s and hugs... I bought into it... All of it. Wow💔

Makhaya Ntini was getting those wickets and celebrating with guys who wouldn't sit with him? 👀

Makhaya Ntini's story has broken my heart!This narrative is https://t.co/82Gfiqjr0V scares me to think of how many others can relate.

What Makhaya Ntini is saying each of us who have been to majority white spaces can resonate with it, they would only talk to each other and avoid the black person in the room! It’s like you are invisible.

Makhaya Ntini on @MorningLiveSABC saying he'll give the bus driver his dirty clothes (bag) and run back to the hotel. No one understood why he did it. Because he was running away from the loneliness. If he was sitting at the back of the bus, everyone would sit at the front.

Lol which South Africa are you all living in? Why are you shocked?Makhaya Ntini is a typical south African story. I will excuse those who work for government but if you in corporate SA racism is the order of the day.

Senzo Meyiwa's siblings at court as alleged killers due to appear

LA Tenorio on ref's blunder: 'It could've been a different ballgame'

26/11 Mumbai terror attacks: What happened 12 years ago on this day in Mumbai?|Oneindia News

IN PICTURES | Black Friday sale kicks off in SA