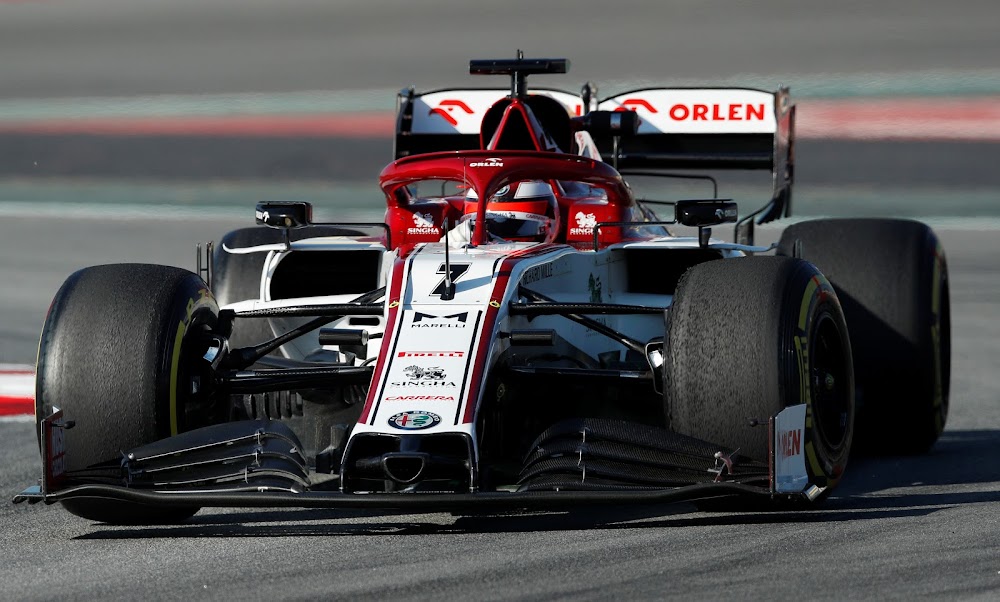 Kimi Raikkonen lapped fastest for Alfa Romeo before his car stopped on track and brought out the first red flag of Formula One's 2020 pre-season testing in Spain on Thursday.

The second day again saw all the teams pile on the mileage, with big guns Ferrari and Mercedes focusing more on working through their programmes than outright speed.

Raikkonen's fastest lap of one minute 17.091 seconds on the softest tyre at the Circuit de Catalunya was slower than six- times world champion Lewis Hamilton's best of 1.16.976 on the opening day.

“The important thing is that everything seems to be working well, with no major issues,” said 2007 world champion Raikkonen. “The immediate feeling is pretty positive, but it’s still early days.”

Racing Point's Sergio Perez was fastest in the morning with a 1:17.347, but focused on longer runs in the afternoon in a new car with striking similarities to last year's title-winning Mercedes.

“The car has potential so hopefully we are going to start (the season) strong,” said the Mexican.

“In this testing, you don't even look at the timing and what's going on because 10 kilos of fuel is (worth) three tenths (of a second). And you can be on 100 (kilos of fuel) or on five.”

Hamilton, who led a Mercedes one-two with Valtteri Bottas on Wednesday's time sheets, was only ninth fastest but completed 106 laps in the morning, with the team also debuting a new dual-axis steering (DAS) system.

Bottas did 77 laps, matching his racing number, but ended the day early due to an electrical problem.

“This is probably the first day ever, that I can remember, where I finished a test session and wanted to continue,” Hamilton said.

“It felt good today and I felt physically fantastic. To get through a race run and still feel at the end of it that I could do another 100 laps is a good feeling.”

Sebastian Vettel made his first appearance on Thursday, after feeling unwell on an opening day without any stoppages, and was sixth and ahead of Ferrari team mate Charles Leclerc in eighth after a morning stint.

“We've got the answers that we were looking for and I got a first touch with the car,” said Vettel, who spent much of Wednesday in bed.

“So far everything feels fine but at this stage it's more about doing the laps and following the programme. The car is working and we can be happy with what we see and take it from there.”

Haas's Romain Grosjean ended the day with the most laps under his belt, completing 158, but damaged the car's rear wing when he hit the barrier at turn five and ended the session 40 minutes early.

Formula One could race into January if necessary, says Ferrari's Binotto

Isolated in foreign lands, footballers learn to deal without the game

PSL stadium vendors: 'We're in a dark hole and don't know how to get out'

Shots fired: 'Safa decided there would be no matches - that's it,' says Danny Jordaan

No, cigarettes are not essential during lockdown, say police

Deputy President David Mabuza does not have Covid-19: defence department